May 2, 2011March 11, 2020
So, the Royal Wedding on Friday night. I seriously didn’t think I’d be watching it, I really wasn’t more than passingly interested, and even then only so far as it was a big thing happening in my lifetime, as opposed to being all “Wedding!! Fairytale princess!!!!” Tim and I went out to dinner with good friends that night, and when I got home there seemed to be only moments between casually but curiously turning on the TV “just to see the dress”…and me sitting in bed, mug of tea in hand, crocheted blanket and hot water bottle on lap, tweeting complete strangers about Princess Bride references and Victoria Beckham’s choice of hair extension and having txt conversations with Mum that went like “awww” and “:D”.

Anyway, earlier that day I inadvertently ended up making something not a million years removed from Prince William’s choice of wedding cake. Inadvertently, despite having read about his choice of cake already and, despite-er still, having read a recipe referencing it at the Kitchen Maid blog. I’m not trying to cash in on the wedding, I promise. Because the reason I wanted to make this recipe, is the following story.
I was on Wikipedia one time, and I was clicking on links and clicking and clicking and clicking as you do, and somehow I found myself reading about Radiokaka or Radio Cake, a type of Swedish confection “launched with the advantage that it can be eaten without a sound, without nibbling, which was an advantage when you listened to the radio with headphones…” That this doubly advantageous cake was thusly promoted to children appealed to me massively. I like the pragmatic approach; the radio needs to be listened to and cake needs to be eaten, here there is minimal imposition on either act.
Fact: a charming piece of information like this is the difference between me looking at a recipe and thinking “yeah, nah, boring” and me thinking “I need this in my life without delay”.
To find the recipe, I had to translate a whole bunch of Swedish sites, and it became pretty clear that butter, Copha or coconut oil were the emollients of choice. I know butter’s expensive these days but it’s cheaper than coconut oil, and to me feels less creepy than Copha. That said I grew up ingesting Kremelta in various party-foods (and Mum’s seasonal treat “White Christmas”) so go for your life if that’s what you’d prefer. For me: butter. On that note, it’s probably best to just look at the ingredients, take it in, and then move on. There’s no getting around them. And if it’s good enough for generations of radio-listening, silently nibbling youthful Swedes, it’s more than good enough for me. And there’s really nothing here that you wouldn’t find in a cake.
I normally don’t even go down the biscuit aisle at the supermarket, in fact if Tim so much as glances sideways at them I’ll inevitably roar “you want biscuits? I’ll MAKE YOU BISCUITS” but in a friendly, couplesy in-joke kind of way, well I hope. However we saw some plain ones going cheap a while back and I grabbed a couple of packs in case of future cheesecake. Their presence in my cupboard seemed to make it all the more obvious that I should make this recipe. 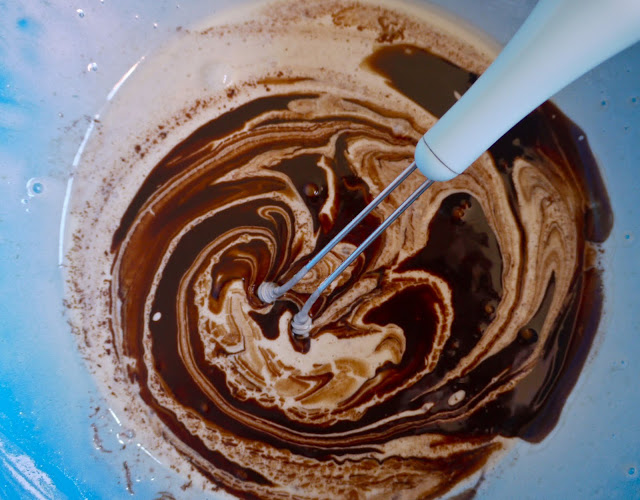 The recipe itself I cobbled together from various translated sources, it seems there’s not a heck of a lot of variation but I’m happy to be proven wrong. In a nod to the coconut oil, I added some threads of coconut to the chocolatey, biscuity layers. I think if I was making this again I might stir in a couple of spoonsful of good cocoa too, just to give a bit more of a dark edge to the chocolate. The recipe below might look really long and complicated but it’s truly not – a bit of mixing and layering, is all – I just wanted to talk you through it, and through any potential hurdles.
Radiokaka (Radio Cake)
200g dark, dark chocolate. I use Whittakers Dark Ghana.
200g butter
2 cups icing sugar (loosely heaped, not tightly packed or anything).
2 eggs
1/2 cup coconut, either dessicated or thread
1 packet plain biscuits, like superwines. If you’re in the US, pop culture would suggest…Graham Crackers?
Take a loaf tin, and line with either baking paper or plastic wrap.
Break chocolate into pieces and gently melt it with the butter over a low heat. Or if you like, get a small pot of water simmering away and then sit your pot with the chocolate and butter in it over that. As soon as it all starts to collapse, you can probably take it off the heat and leave it before stirring together, as the general heat will continue to melt everything.
Meanwhile, thoroughly whisk together the eggs and icing sugar until thick and very pale. Carefully pour in the chocolate mixture, continuing to whisk briskly (so that it doesn’t sieze with the heat. Pour some into the base of your prepared loaf tin – enough to cover it properly, a few milimetres – making sure it goes right to the corners. Set this aside to cool and slightly solidify.

Once this has happened, carefully place a layer of biscuits on top of the chocolate. I realised halfway through that the biscuits weren’t the right shape and I needed to carefully slice them in half. A bit of crumble-age isn’t a big deal, it’s just getting covered with chocolate anyway. Sprinkle with coconut (toast it if you like first) and then carefully spoon over some more chocolate. The chocolate may have set a bit by this point and will need some handling. Spread it evenly over with the back of a spoon – be rough, don’t worry about the coconut staying put. Layer up biscuits and chocolate again, making sure you leave enough chocolate to cover the top. Refrigerate for at least an hour.
To serve, turn out and slice fairly thinly – about 1/2 to one inch gives you plenty.

Considering its ingredients it’s pretty astonishing that the Radiokaka doesn’t taste aggressively sweet. What it is, is rich. Rich rich rich. It’s a good richness though, and the silky dark chocolate flavour, broken up by the almost-crunch of the softening biscuits and the relatively neutral coconut is a pretty extraordinary combination. It’s a wonder the Swedish kids could concentrate on their frequencies at all. It keeps well (you can even freeze it), slices like a dream and is fancy enough to serve up at a dinner party but could also be served up for kids to demolish happily.

It’s one week since Tim and I got back from our trip overseas and as I guessed, it’s feeling more like a zillion years ago. However small things like making chocolatey Swedish recipes, flicking through the Musicals section of the vinyl selections at Slow Boat Records and watching the dogs being walked on the waterfront makes me glad to be back in Wellington, and just glad in general.
I guess there is a decent segue to be found in that this cake could be described as “a bit wicked” and then I could talk about Wicked the musical but as I really hate using “wicked” to describe food (worse still: “wickedly indulgent”) and I can’t think of a segue that doesn’t irritate me, I’ll just say – Wicked was incredible. You think you know something every which way to Sunday and then…seeing it live, I felt like that moment in the Wizard of Oz movie where Dorothy steps out from her black-and-white house into the world of Technicolour. Everything was heightened, more impressive, both funnier and sadder, given more meaning. By the end of the first act, when the crucial Defying Gravity scene happens, I was shaking, and I didn’t even realise it. Another thing I didn’t realise was that in Tim’s and my travel blog it might’ve sounded like I didn’t like it that much. What I was trying to articulate was, that a lot of people don’t like musical theatre, but if you were one of these people there was still a lot to enjoy in the scenery and production values alone. I honestly didn’t think it would impact me that much – there are many better-written musicals out there and there’s music that affects me much more on a day-to-day basis than Wicked’s score. But in person it delivers so hard that all I could think, once it was over, was that I needed another hit. Which means traveling to Australia…or even better, New York…maybe the next trip?
_____________________________________________________________________
Title via: the kind of adorable Jonathan Richman and the Modern Lovers with Roadrunner, one of my favourite songs ever. Something about it – simple, repetitive, conversational – I can just listen on repeat over and over again and not get weary of it.
_____________________________________________________________________
Music lately: sadly the branch of Real Groovy – across the road from where Tim and I live – is closing down at the end of this month. It’s a place that I’ve spent heaps of time (and money) ever since we moved here in 2006. I’ll miss it. They seem to be largely fleeced of most decent stock but I managed to pick up some Liza Minelli and Judy Garland on vinyl, plus some other bits and pieces. Liza Minelli’s title track from Liza With a Z shows some serious work ethic in terms of actually delivering the song at all…it’s so fast she’s practically rapping.
Chico, by The Concretes. Tim’s mum and sister came down from Palmerston North yesterday and this song was playing at the place we went out to get pizza at. I hadn’t heard it in so long, and even though I normally like my songs to have a bit more, erm, concreteness to them, but with a bit of distance I was struck by how pretty it was – the twinkly bells and dreamy-woozy vocals make it feel like you’re drifting off to sleep, which is very occasionally what I like in a song.
_______________________________________________________________________
Next time: In the name of good value, we bought 2kg of yoghurt the other day so you can most definitely expect some yoghurty recipes soon, including a really delicious cake recipe. Plus some more slow-dripped travel stories.

6 thoughts on “don’t feel so alone, got the radio on”