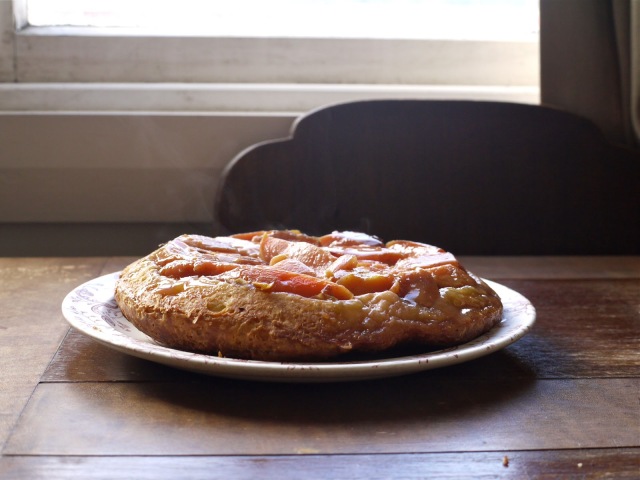 I have come to recognise that while I’m pretty brainy (maths/science aside, but what have either of those disciplines ever, ever done for humanity?) said brain will sometimes mix things up entirely for me, usually the more confident I am that what I’m saying or doing or thinking is correct. For example, I got How To Be A Domestic Goddess by Nigella Lawson back in 2006 and it only just, just this week clicked into place how great her Food Processor Danish Pastry recipe is. Normally with recipes like this you need to slowly massage cold butter into the yeasted dough while rolling it out over and folding it over and over again. Nigella’s blasts the butter into the dough right at the start, so it’s already there come the rolling-out stage. This whole time I’ve been all, “oooh, I’m using a food processor to briefly cut in the butter, la de da” (in a Homer Simpson voice) not realising she was removing a ton of effort from an otherwise intimidating recipe. Oh Nigella, moon of my life.

Another example, because I don’t think I explained the singular drama of pastry comprehension very well: I recently with vociferous disdain described someone as a “typical 99 percenter.” I was well into my spiel before I realised, prompted by puzzled looks of those around me, that “wait! I meant 1 percent! I was dissing the 1 percent! You know that!” Way to go, brain, constantly making me backtrack when I could be making pie. 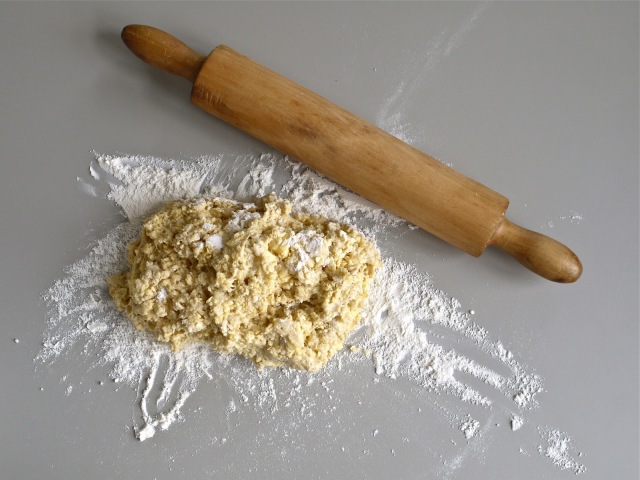 This recipe for Quince Tarte Tatin is a significant undertaking, so I’m letting you know well in advance that you’ll need to let yourself know well in advance that you want to make it. This is the kind of thing that ought to come with some kind of apologetic medical pamphlet covered in cartoonish diagrams. The pastry alone takes two days, the quinces at least two hours. However most of that time is waiting (apart from a brief but sweatily red-faced pastry-rolling session) and not all foodstuffs can appear to us immediately. If you want to make a pie with bought pastry and ingredients with swiftlier-to-disintegrate cell structure than quinces, that is completely fine. This is not the only pie in the world.

There’s three parts to this recipe: firstly the pastry, which is care of a Nigella Lawson recipe, then dealing with the quinces, for which I adapted a Floriditas recipe, and finally slapping it all together, where I went back to Nigella and followed her timings for an apple tarte tatin recipe. 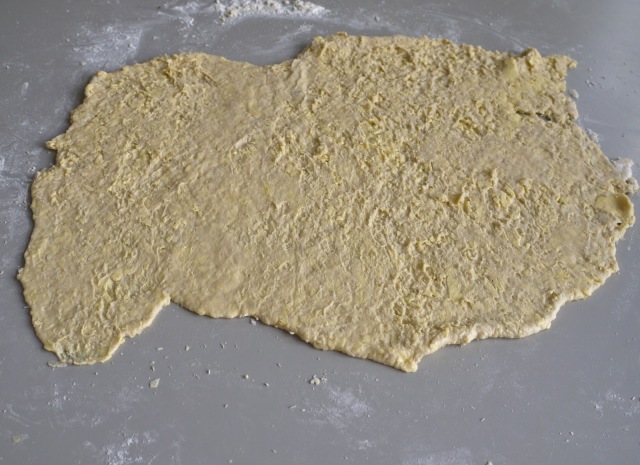 This is most definitely not the required 50x50cm square, yet still it turned into pastry. So, hopefully that’s kind of encouraging to everyone. And it goes without saying that this is one of the most blissfully delicious kinds of uncooked pastry dough under the sun. 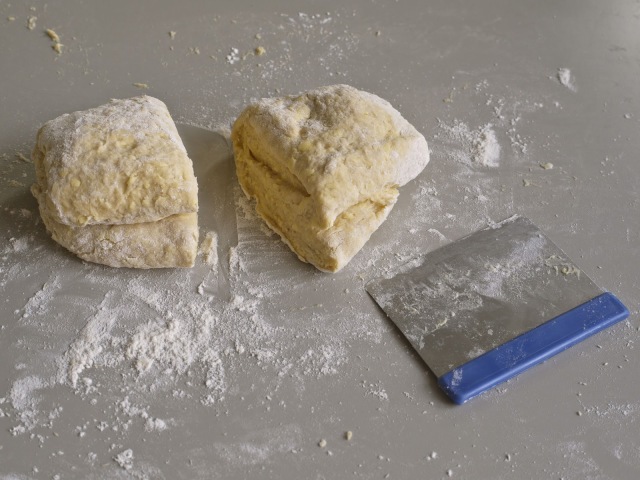 One nice thing about all the effort that goes into the pastry is that you only need half of it to make the tart, so I’ve frozen the other half for undoubtedly smug future use.

From Nigella Lawson’s How To Be A Domestic Goddess – and if you don’t have a food processor then cube the butter and roughly rub it into the dry ingredients at the start with your thumb and fingertips, making sure there’s still visible bits of butter, and then proceed as per the recipe. I’m sure that would work out fine.

Blend together the butter, flour, salt, sugar and yeast briefly till the butter is fairly well dispersed through in small pieces. Mix together the egg, water and milk in a bowl and tip in the floury buttery mixture. Stir together quickly, then cover and refrigerate overnight. This recipe takes time.

The next day, let it come to room temperature and roll it out to 50cm x 50cm, or the best you can manage. I undershot the mark ridiculously, but also my arms nearly fell off from the exertion and in the end I was proud of my wobbly 35cm shape. If it’s sticky – and mine was, immensely so – just continue to sprinkle over flour. Fold it in three, like a business letter or something, then roll it out again as best you can to the same shape. This got a bit painful but it’s necessary – all these folds are creating air pockets which will make the pastry deliciously puffy and layered as it bakes. Based on the results, I’d say attempt to roll it out as far as you can, but if you can only manage a weird shape like me, you’ll probably still be fine. Repeat this once more and just as you’re about to collapse, divide the pastry in half and either refrigerate for another hour before using once it’s returned back to room temperature, or wrap and freeze for another time. Just like that!

Not that quinces are a burden, as far as burdens – or anything – goes, it’s just that every year I get all “Hooray! Quinces! So fragrant! Sniff them! Seasonal eating, it’s quite the thing to do! Have YOU ever sniffed a quince?” and then realise I don’t have all that many recipes for them and I’m not entirely sure how to get the most out of their short autumnal tenure. I was lucky this year that Tim’s grandmother on his dad’s side gave us a bunch of quinces from Taihape, and also that in a comment on my previous blog post, Sophie recommended quince tarte tatin for using up quinces.

Quinces are rock-hard, can’t be eaten raw, take forever to cook and generally reward you by turning an odd pinkish brown colour. Maybe if they weren’t so irreverently rare we wouldn’t be so excited by them? I don’t know. But I love them, with their rich flavour of rose petals and lemon and pears and apples. Cooking them in the oven for a long time under a low heat slowly busts through their solidity and makes them as soft as canned peaches. Which would be a fine substitute, if you want a faster pie. I adapted this recipe from one in my Morning Noon and Night cookbook from the beautiful Floriditas cafe, basically by making it really lazy. The original recipe isn’t even that difficult or anything, I’m just a corner-cutter from way back.

Adapted from Morning, Noon and Night, the Floriditas cookbook.

Tip everything except the quinces into a large roasting dish and mix to combine. Then, rub away any fluff clinging to the surface of the quinces then chop them up, leaving the skin on. In half is fine although mine were in all sorts of irregular shapes because they were a bit blemished. I cut off the knobby bit at the top, but leave the seeds in. Sit the quince pieces in the roasting dish, and then cover with a sheet of baking paper under a sheet of tinfoil. You can scrunch the tinfoil over the edges of the roasting dish to hold the paper in place. Place in the oven and leave for about 2 hours. They won’t look overly promising but should be extremely tender and smelling wondrous. They’re done when a fork or skewer plunges easily into the fruit’s flesh. 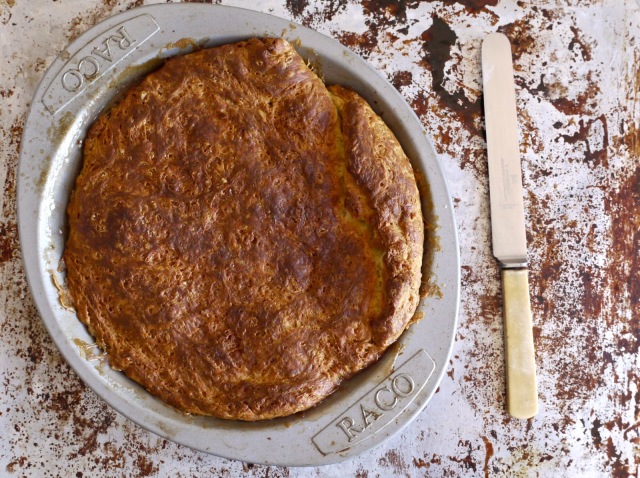 Finally, to bring the two separate elements together in pie unity:

First catch your pie dish. Lots of people end up with those straight-sided fluted ceramic pie dishes, it’s not quite as good but it’ll do the trick. There is actually such thing as a tarte tatin dish, but I don’t even know what they look like so I’ll just give you instructions for what I used which was this metal plate with sloped sides which I got for a dollar at a garage sale in Paraparaumu.

Set your oven to 200 C/400 F and put a baking tray to heat up at the same time. Place the fruit snugly in the dish and dot with about 25g chopped up butter and scatter with a tablespoon of sugar. Place in the oven to heat up a little while you roll out half of the pastry (freeze or refrigerate the rest of the pastry for another use). Remove the pie dish from the oven, drape the pastry on top of the fruit, tucking it in carefully round the sides, then bake on top of the baking tray for 20-30 minutes. It’ll be puffy golden brown on top. Remove from the oven, slide a knife round the sides and place a large plate over the pie dish. Carefully flip it over so that the pie drops onto the plate, revealing a crown of fruit. If some sticks to the pie dish, just pick it up and push it back into place.

Also: feel free to use a different fruit to quinces here. Something like apples or pears might require a little softening in a pan with some butter and sugar first, but anything from a can should be good to go. 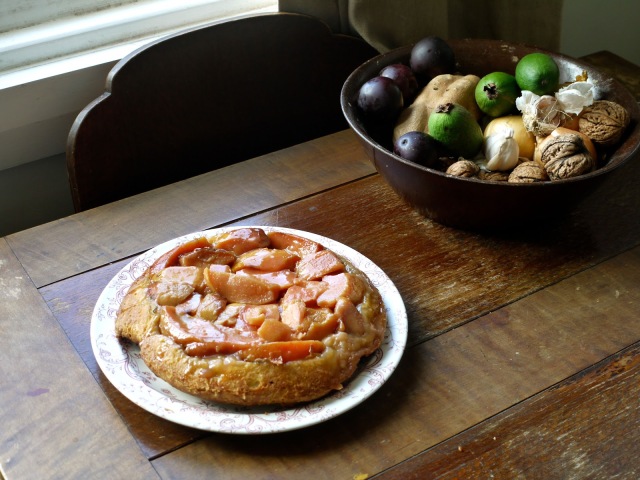 The sheer deliciousness of this pie is augmented by relief that all that effort didn’t go to waste. I think so, anyway: honeyed, soft fruit and palpably excellent pastry, buttery and puffy and echoing all the good things about croissants. 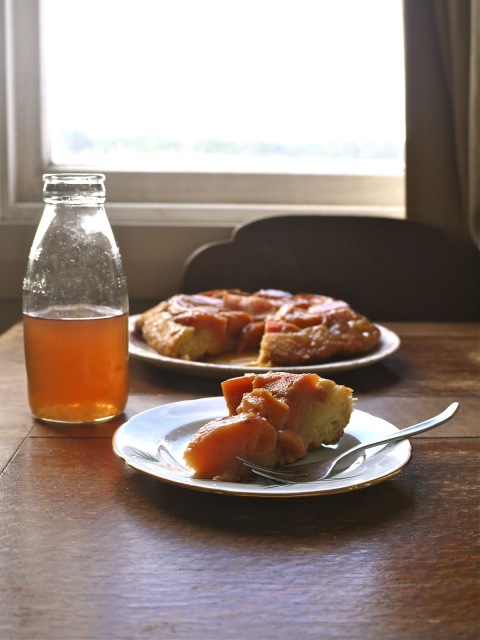 You can serve it with syrup from poaching the quinces or just photograph it in a pretty bottle you bought then save it for mixing with vodka and lemonade. Up to you! We took it round to our dear friend Jo’s to eat while watching Veronica Mars (so important) with another dear Laura, who had brought some blue cheese. Someone suggested a slice of the blue cheese on the slice of the pie. It was pretty incredible. 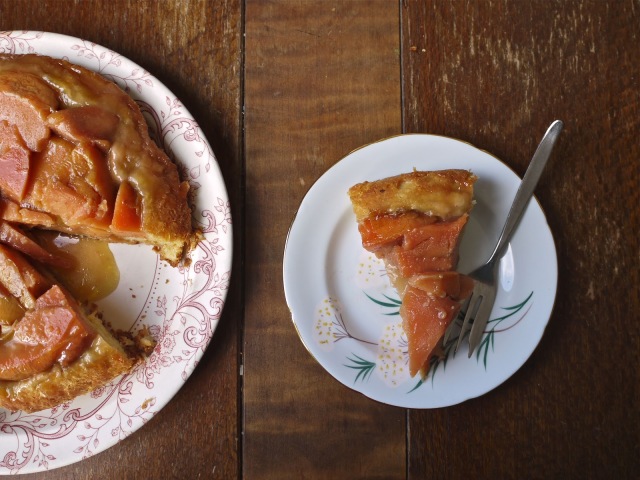 You might think I throw round terms like ‘dear friend’ flippantly but seriously, look at the beauteous cake Jo, Kate and Kim made for me on my two-weeks-after-the-fact birthday party! Tim and I took the rest of the pie round to their place and that’s where it got finished. Which is really all good…because we’ve still got a significant volume of four-layer surprise birthday cake to get through.

Title via: Superboy and the Invisible Girl from the Broadway Musical Next to Normal, with the gorgeous and gorgeously talented Jennifer Damiano and Aaron Tveit. The actual line is ‘a lover a prince’, and even though I know that’s what it is I can never stop myself from saying ‘a lover of Prince’ whenever I’m singing along.

Am listening to the excellent new Homebrew album while I type. You can’t go wrong by listening to Listen to Us again, or ever.

Next time: I have a lot of tofu in the fridge. And if there’s one thing I know about tofu, it’s that it doesn’t get better with age…