Sometimes, no matter how significant it feels like it ought to be, little changes and developments can tip-toe into your life and establish themselves quietly before you even realise they’re there. By which I mean, it was after having a particularly miserable day recently, that I realised how great this was. My miserable day was caused by things that had happened that day. It had been quite a while since I’d felt really crushingly bleak for no apparent reason. Therefore, I think the medication I’m taking is helping. Since I wrote about it on here back when I started taking it, I thought I’d better, you know, clap my hands since I’m happy and I know it. Not that everything is solved or perfect, I am still reliably not-together, but bodies are such a work in progress at best, that I’m very pleased to have discovered this small but important thing about myself. So there’s that.

There’s also this. I have no idea really, how I come up with recipes so easily – perhaps it’s similar to how I can do the splits easily without ever practicing. The making-recipes part of my brain is as flexible as my hamstrings. (C’mon, being able to do the splits is kind of impressive, allow me to drop it into conversation sometimes.) This morning I woke up and thought about seasonal fruit and the idea for this recipe, which I’m calling peaches and cream, appeared quickly and fully formed. And since today was a Sunday where I’d managed to get my act together and get out of bed and deal with the crowds at the vege market, I decided to just go ahead and try making it.

Seasonal fruit! Did you know it’s abundant and priced kindly? I really need to get to the vege market more often.

As I said, it’s Sunday today, so what better day to make yourself pudding on, to try fend off any back-to-school blues you may be feeling, and to greet the new week with a sticky, happy smile. (Your smile might not actually be sticky, I just tend to always end up with with food on my face when I eat.) This requires some attention but not a lot of effort. Just peaches, simmered till soft, thickly covered in lemony cream. Through some mysterious augury the combination of cream and sugar heated together with lemon juice added, creates this satiny, smooth, rich, incredibly delicious substance. The method is based on this recipe I used to make all the time in my teens, back when cooking was starting to become “my thing”. So, you don’t actually have to have the peaches underneath, you could just divide the cream between a couple of ramekins (or very adorable teacups) and still be guaranteed a good time. But! Peaches! So peachy!

now you don’t see it…

now you see it.

Heating the peaches turns up their perfumed, ray-of-sunshine sweetness, which the vanilla and lemon help bring out too, with their respective richness and tartness. I can’t overhype the cream enough, eating it is honestly like the feeling you get when you’re loitering in a fabric shop longer than your brief errand warranted, and nonchalantly but dedicatedly caressing all the rolls of satiny fabric. (Shout out to my people who do this, please be more than just me.)

300ml bottle of cream
1/3 cup sugar
juice from two lemons (the mean, supermarket kind, that is. If you have a generous, homegrown lemon, you’ll probably only need one.)

Put the peaches, the tablespoon of sugar, and the water in a saucepan and stir over a decent heat, and continue till the water has evaporated and the peaches are very soft. You don’t have to turn this into jam or puree or anything, just break them down a little. The latter would probably be more sophisticated. But here we are. Divide the peaches – a couple of dessertspoons each, I find  – between two or three 125 ml ramekins or similar. Refrigerate.

In the same pan – maybe give it a quick wipe with a paper towel – bring the 300ml cream and the 1/3 cup sugar to a gentle boil, slowly, stirring constantly. Once it’s bubbling, stir for three minutes exactly, then remove from the heat. It’s science, okay? Seriously, watch your phone (or, I guess, your watch, mine tend to have stopped working and become what I call “sculptural bracelets”) and let that surprisingly long three minutes pass in full. Then, remove the cream from the heat, and stir in the lemon juice. With any luck, the cream should mysteriously yet delightfully thicken up as you do this. Divide this mixture between the two or three vessels of peach, bearing in mind that if there’s three, you’re gonna have less…and refrigerate. A couple of hours should thicken it up properly, but feel free to make it the night before.

Make it for yourself and your significant other/s, eat it all by your significant self, or make someone pay to watch you eat the lot. If you want more, double the quantity. If you don’t have peaches, use something else. Just, um, don’t bother dusting it with icing sugar and sprinkling over lemon zest, because unless you have tons of it the zest just looks messy and the icing sugar absorbs into the surface but also looks dusty, and you’ll be all “but my food blog!” Luckily it tastes brilliant and also my teacups are cute enough to distract somewhat.

Hark! A new knitting project! It’s eventually going to be a very simple short-sleeved top. I’ve never knitted a garment or with two colours before, so it’s all very thrilling. As thrilling as an activity that involves sitting silently and barely moving can be, that is (hint: super damn thrilling.)

One month down, 2014 has already proven to be strange and fascinating and full of promise. Hopefully February will be even better. I, for one, am prepared. 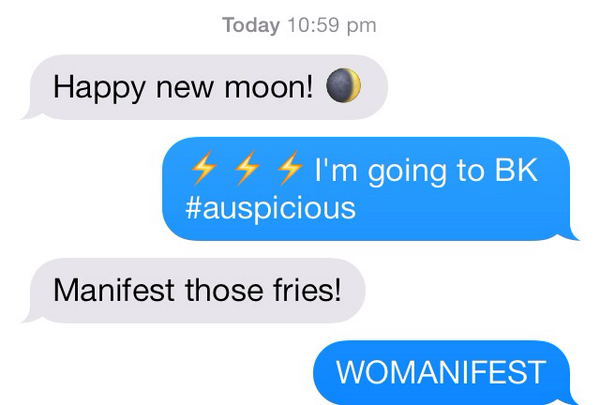 Tegan and Sara, Drove Me Wild. Well, it does.

8 thoughts on “pretty as a peach, she’s so out of reach”