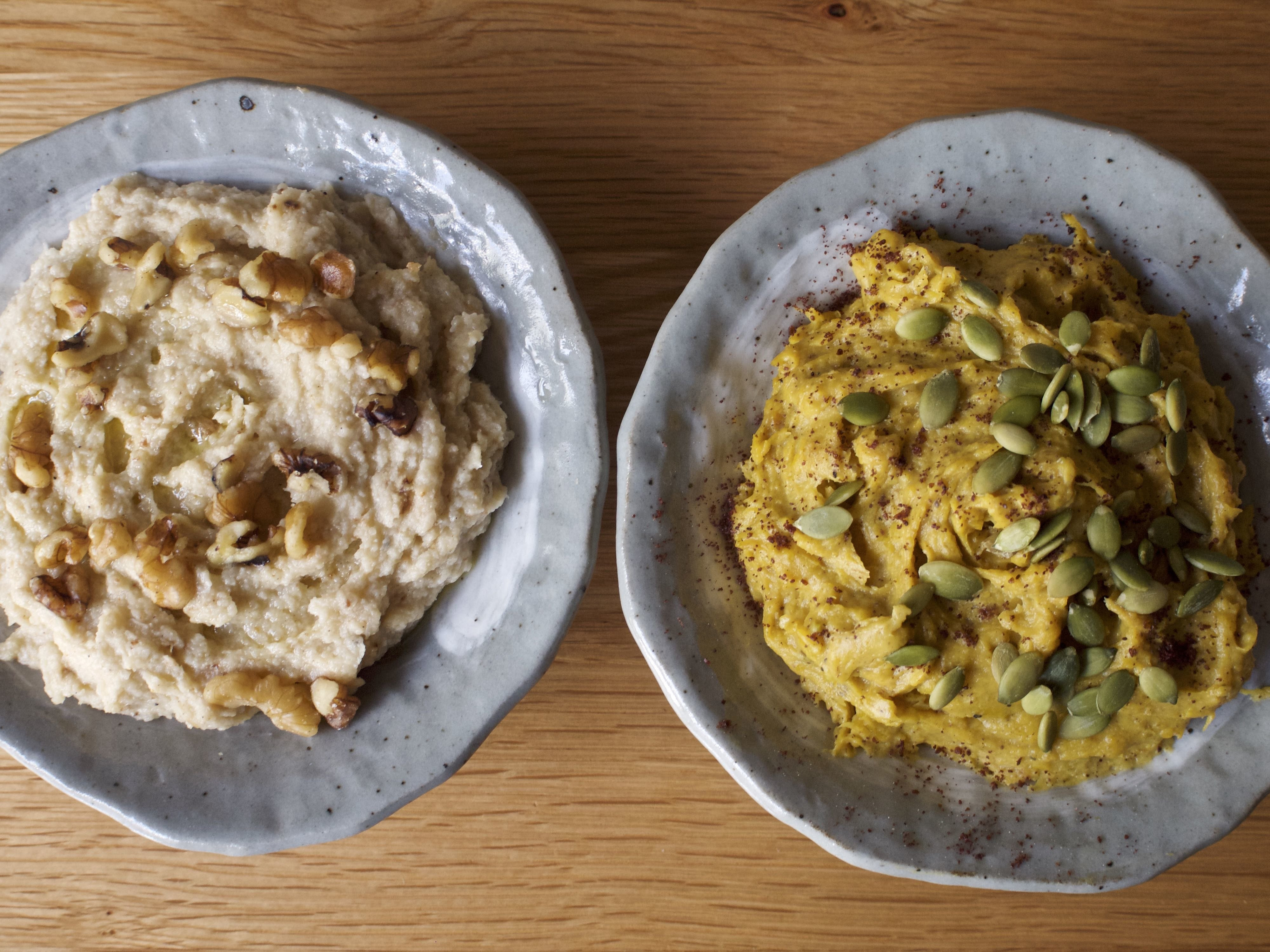 Literally anyone whose had even the most passing and cursory of interactions with me will be unsurprised by the knowledge that I actively resist, with every particle of my being, planning anything in advance, and for some reason take it as almost a personal slight when I’m required to make any stabs at organisation, folding up dramatically like a pop-up tent in reverse. I don’t know why, I would like to blame it on any number of things that my brain does interestingly which I think I justifiably could, but it’s possibly also just that I’ve allowed myself to become this infuriating? I do suspect that five years of bartending and thus only knowing my roster like the day before I had to actually work has had its place in solidifying this way of being, but I really could try harder. With all this in mind, it was with some major group wrangling that I managed to put in place a date to host the book group that I’ve been a part of since it began in 2010, and then some further wrangling to get me to book flights to and from Wellington so I could actually be there for it. (My friend Charlotte was like, “umm…..have you….booked your flights yet…just a thought…” and I was like “UGH it’s ages away I must lie down now from the exhaustion of being quizzed so mercilessly” but then I looked at the time and it was less than a week away so I just did it and it turns out the effort of doing the task was actually not as bad as the effort of resisting the task? Wild?) So I made it back to Wellington on Saturday at 4pm, and book group happened on Sunday at 2pm, and despite knowing since back in May that it was happening, I did not think about what food to provide for everyone until…Sunday at 9am. 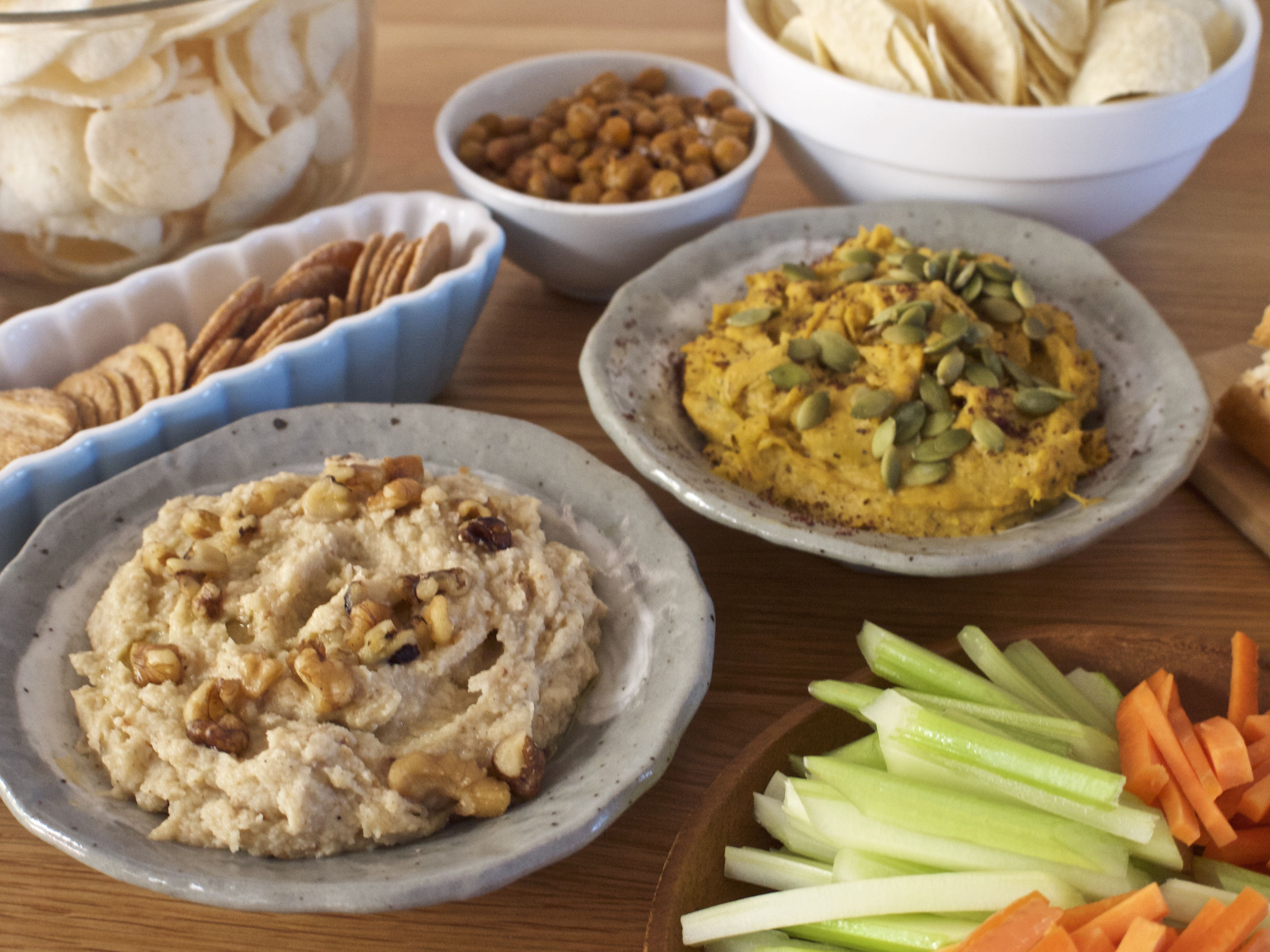 Fortunately, I’m very adept at one thing and one thing only: being very adept at many things. And one of those things is coming up with recipe ideas in a great hurry. I was somehow not terribly stressed by this, probably because food is one of the few things that is not stressful for me, and because though I could’ve planned something sooner, I knew that I would instinctively be able to deliver something at the last minute. As you can see from the photo above, a lot of the heavy lifting was done by store-bought crunchy things, but right on cue, two ideas for dips descended upon my brain at once. The first concept was for roasted butternut mashed into tahini, and the second, slightly more avant-garde concept, was roasted cauliflower blitzed to a puree with miso paste. They were excellent. And because I liked them both so much, you’re getting both the recipes. 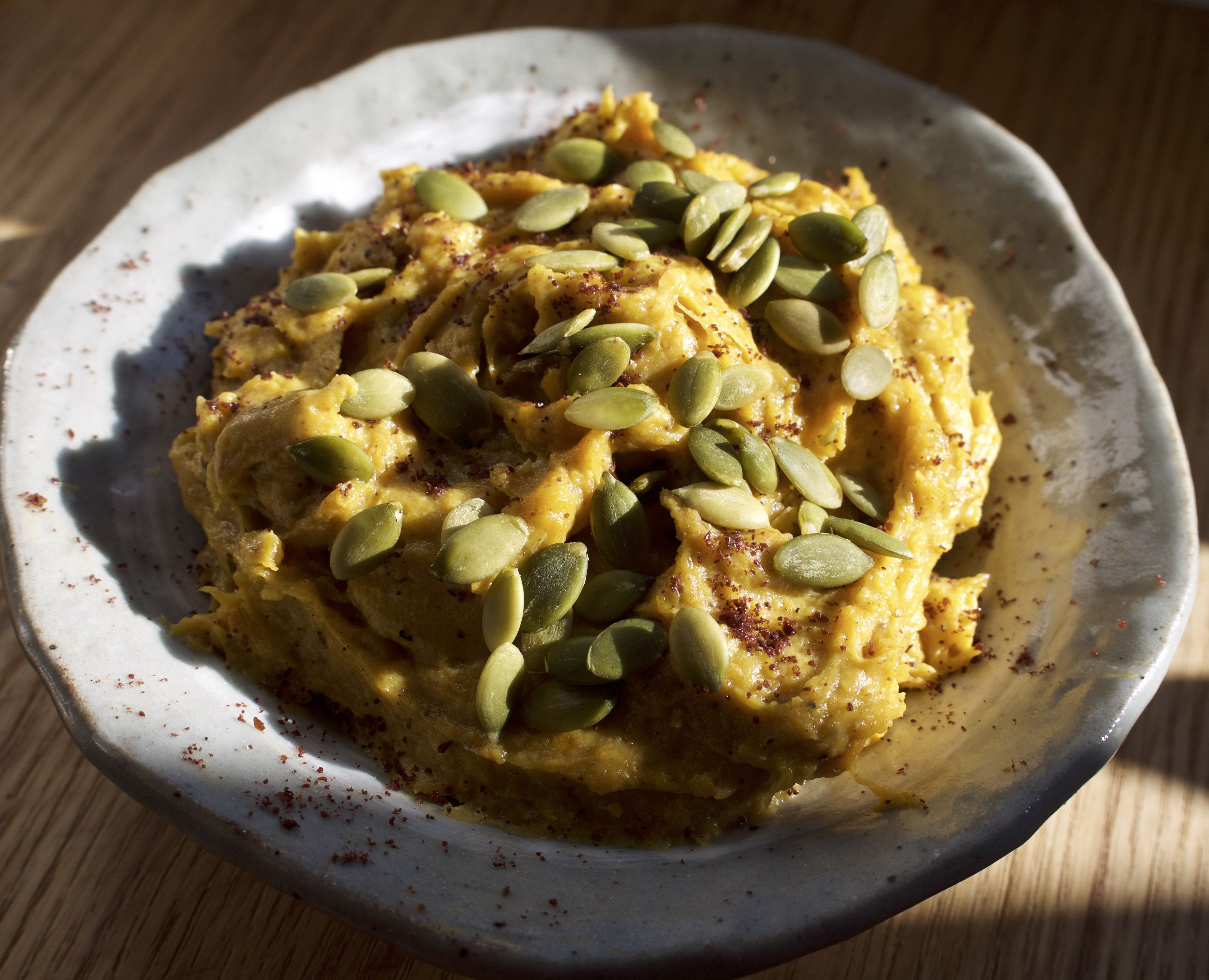 The butternut dip takes inspiration from hummus with granular tahini giving it body and ground cumin giving it earthy depth. The texture is creamy and soft and the flavour is mild yet rich at the same time, with nutty sweetness from both the butternut and the tahini. You could definitely use a regular pumpkin but I personally love butternuts, they are so much easier to slice into and they seem to roast up quicker as well, with less of that stringy fibrousness that a big pumpkin can sometimes unwelcomely yield. You could happily consider making this with orange kūmara instead though. If you can’t find sumac, which is a red powder with a fantastically astringent lemon-sour bite, just stir in some lemon or lime zest instead. If you’re stuck for finding tahini I would use almond butter instead, but to be fair almond butter is probably about as obscure as tahini depending on where you’re situated. Peanut butter would work in a pinch, but it will absolutely taste like peanut butter. 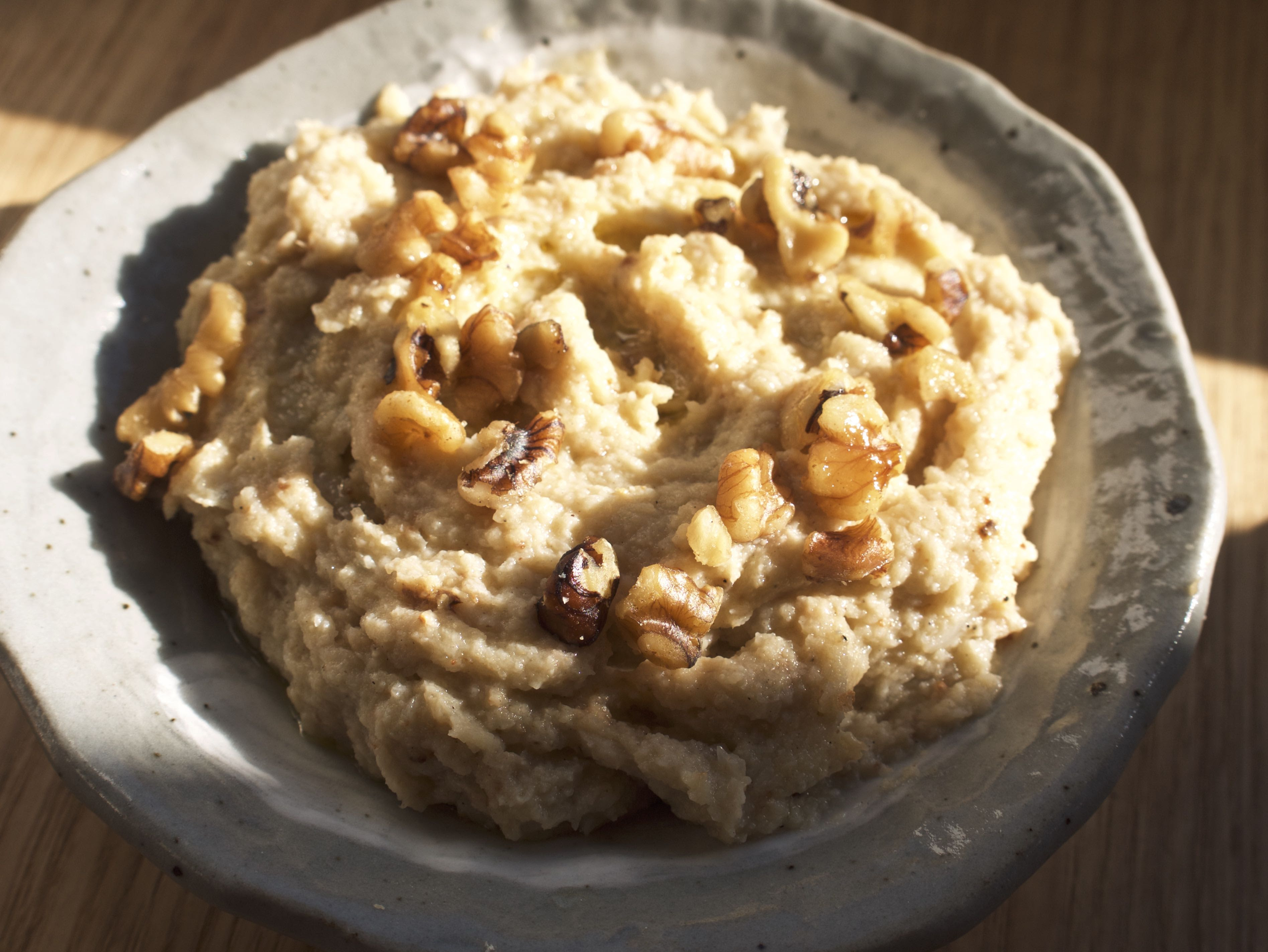 The roasted cauliflower miso butter completely delighted me, in that the finished result exactly matched the picture of how it would taste in my brain. Roasted cauliflower has an intense buttery, toasty nuttiness and miso paste has this dense mellow saltiness and together when blasted through the food processor into a softly whipped puree they taste incredible, with an unfolding depth of flavour in each mouthful. I use the term “butter” in the title fairly loosely, it just seemed more evocative than the word “dip” and it has echoes of the caramelised onion butter than I made for my birthday dinner. It was just so delicious. Both of these dips are very easily made simultaneously, if you have a roasting dish big enough to load both the vegetables in side-by-side, but if you’re only choosing one to make, you could certainly consider doubling the ingredients – which as you’ll see, is not hard – and having plenty with which to do your culinary bidding. Either of these would be excellent stirred through pasta, spread lavishly in a sandwich, as the filling in a baked pastry case and topped with something, in a baked potato, or, obviously, just as the dips that I invented them to be. 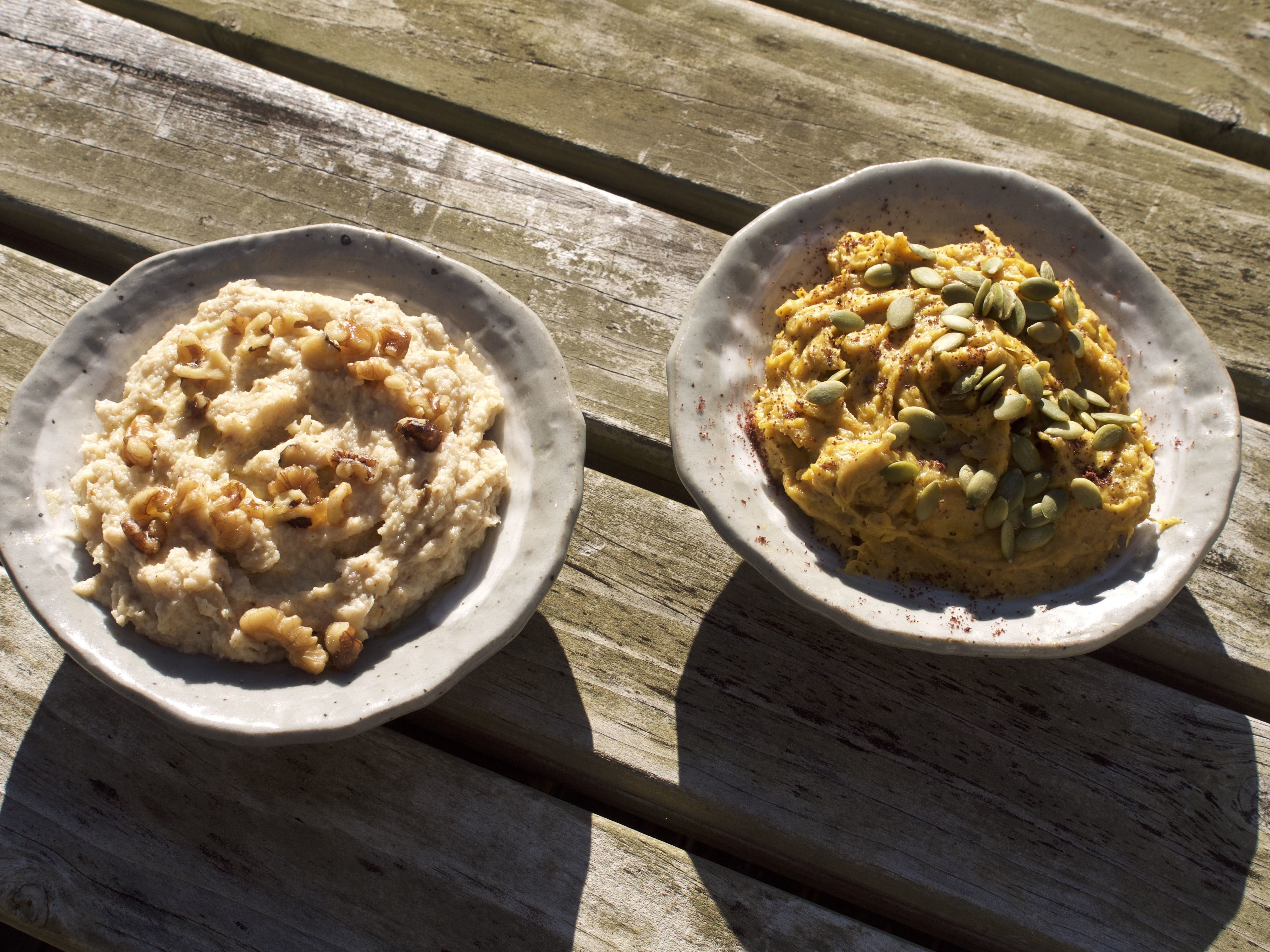 Set your oven to 220C/450F. Slice the skin off the butternut and then chop the flesh into cubes of about 1 inch in size. Place in a roasting dish and drizzle with two tablespoons of the olive oil. Roast for about 20 minutes, or until the butternut is very tender.

Mix the tahini with the remaining tablespoon of olive oil in a bowl, then add the butternut, a couple of cubes at a time, stirring thoroughly to mash the roast butternut into the tahini, giving you a smooth, creamy puree. Continue mashing and stirring the roast butternut into the mixture until it’s all combined, then stir in the cumin, sumac, and salt. Taste to see if you think it needs any further seasoning, then transfer to a serving bowl. I sprinkled over some pumpkin seeds because I thought it was cute to do so but they are obviously extremely optional.

Set your oven to 220C/450F. Place the cauliflower pieces in a roasting dish and drizzle with the olive oil. Roast for about 20 minutes or until the cauliflower is very tender and becoming golden brown in places. Remove from the oven and allow it to cool a little.

Transfer the cauliflower into the bowl of a food processor, and pour/spatula any remaining olive oil from the roasting dish in with it, along with the miso paste. Blitz thoroughly, stopping to spatula down the sides as needed, until it has formed a creamy puree with no solid pieces of cauliflower left in it. Taste to see if it needs any more miso, although I found this amount to be perfect. Transfer into a serving bowl. I sprinkled over some walnuts to make it look like more effort had been expended but this is entirely optional. Walnuts are delicious though! If you have a high-speed blender this will be super velvety, but a regular food processor will still work just fine, it might just take a little longer. 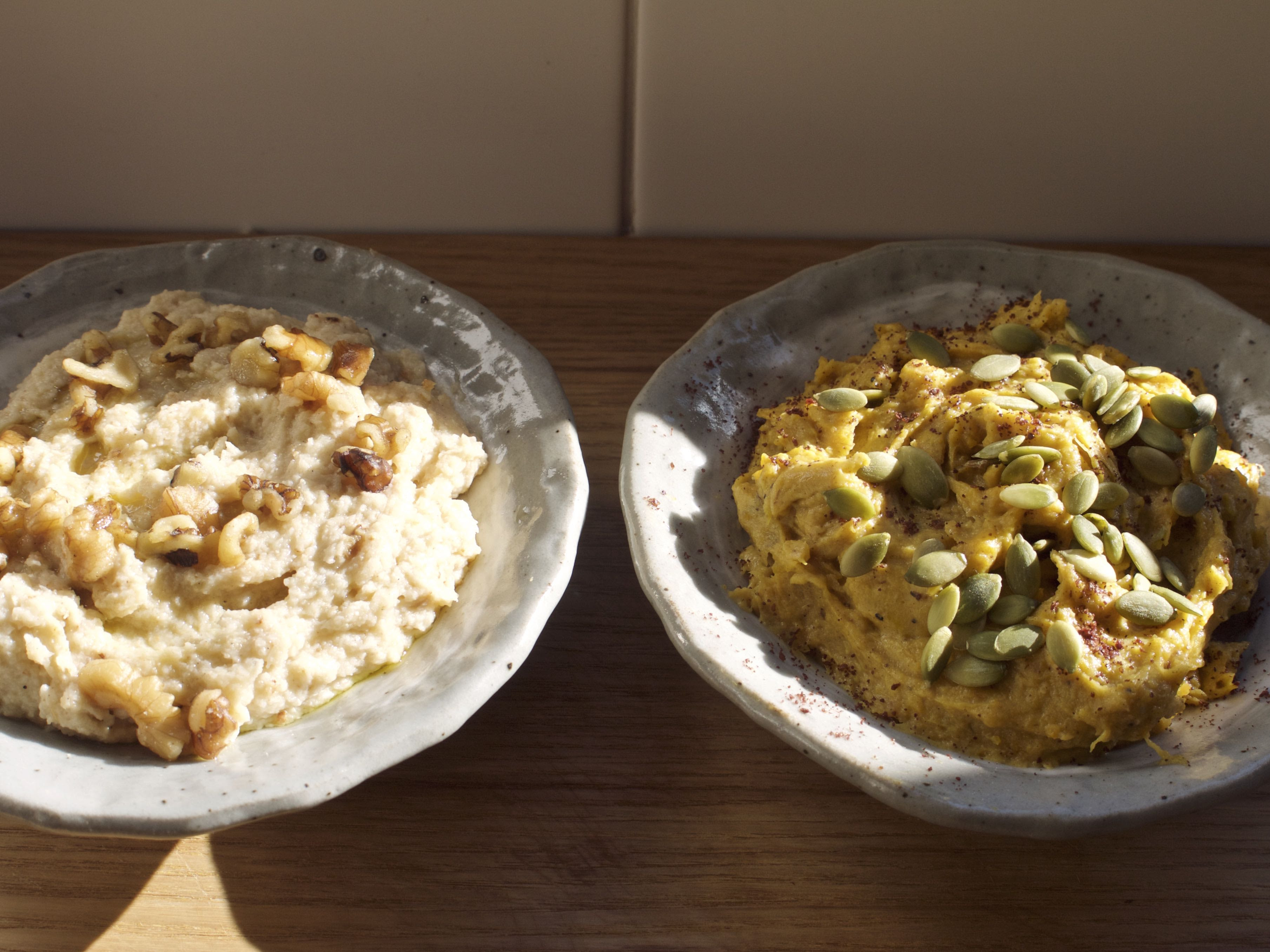 As well as this I made some olive and almond puff pastry pinwheels and did a rejigging of my chocolate caramel rice bubble slice with almond butter instead of the more boisterous peanut butter, and we had a lovely afternoon discussing the book and our lives in that order. (The book in question, by the way, was Citizen: An American Lyric by Claudia Rankine, and it is brilliant.) 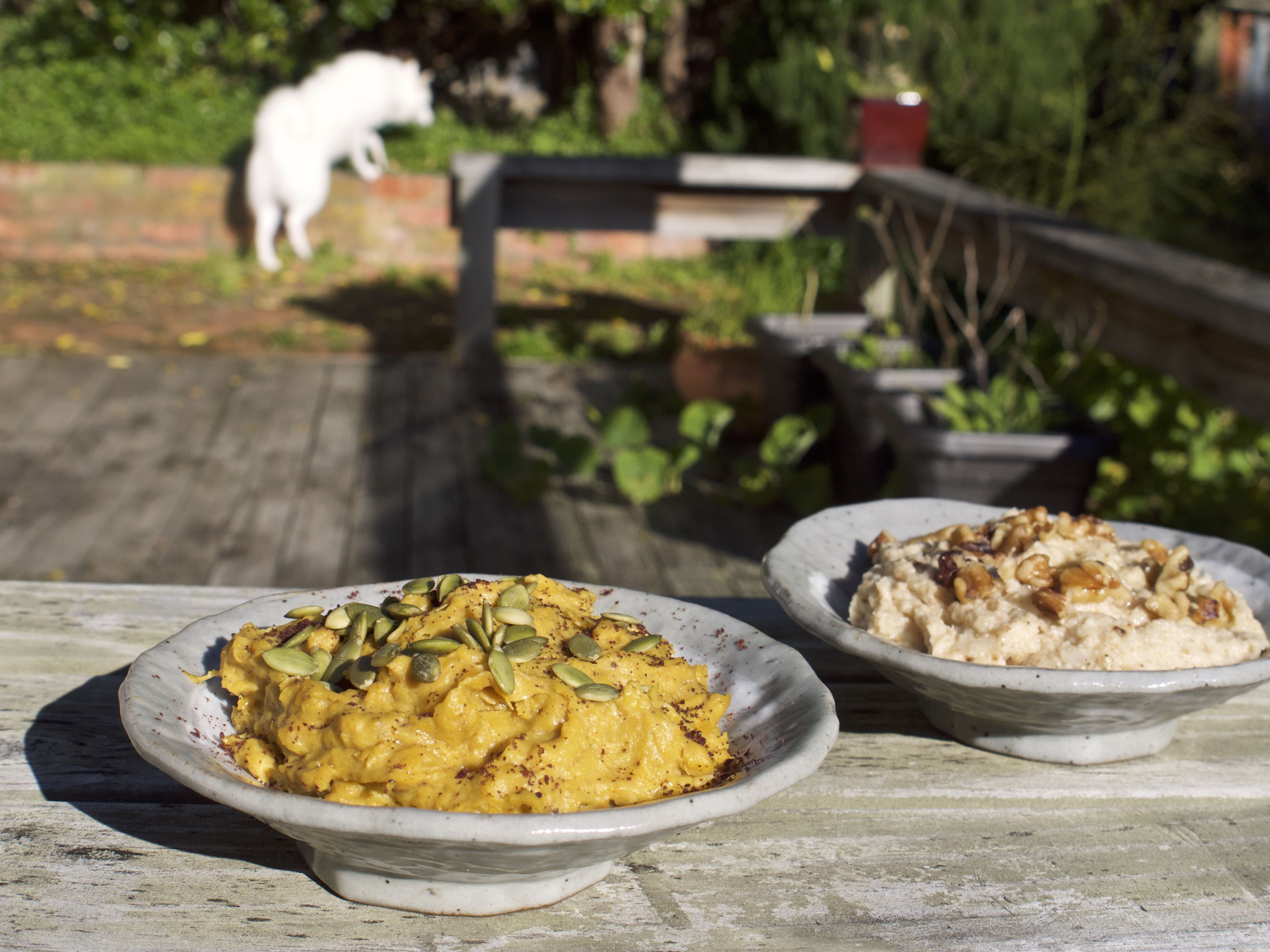 It has been extremely lovely to see my dear friends again, including my roommate Ghost, although he was initially unconvinced by the notion of resuming his regular modelling gig. (In case there are any doubts please be assured that he has the range, as his Instagram account will attest.) 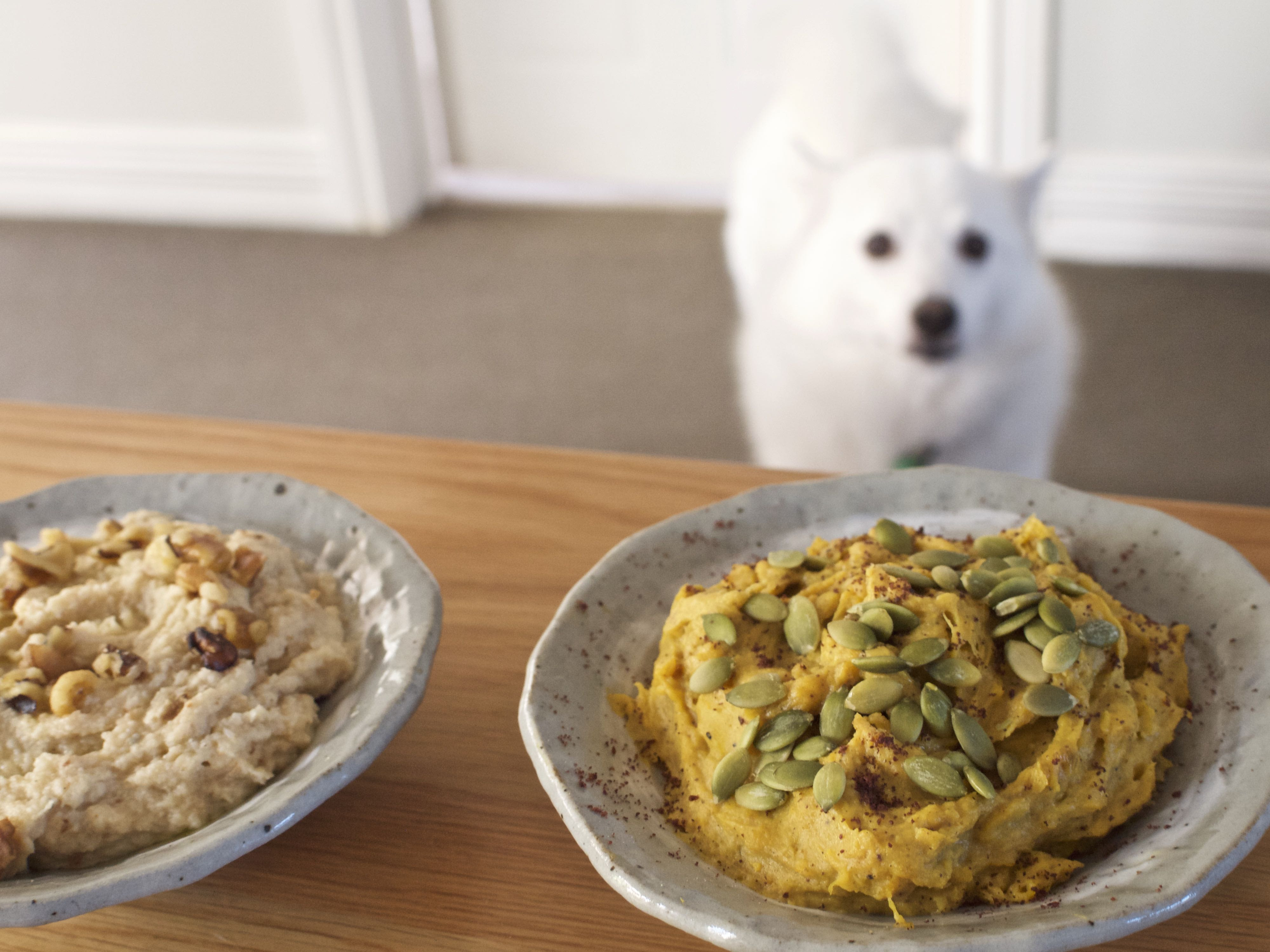 But as soon as I was like “the food up here is not for you” he suddenly became interested and attentive again, a process that I have nothing but respect for since that’s largely how I operate as well (in case you thought there was any kind of upper limit on my ability to be infuriating.)

title from: I Can’t Do It Alone from the Broadway musical Chicago. The most well-known version nowadays is the film adaptation with Catherine Zeta-Jones desperately imploring Renee Zellweger through the medium of dance, but while there’s no filmed footage of it I love the zany orchestration of the original cast recording with the legendary Chita Rivera.

I Can’t Say No, by Ali Stroker, as performed at the 2019 Tony Awards from the revival production of Rogers and Hammerstein’s Oklahoma. This is a musical that I’ve never felt particularly drawn to, but Stroker has immense chemistry and presence and she just throws her voice so far into the back row and is so utterly compelling in this song that could quite easily be annoying in the wrong hands. She’s not only the first performer on Broadway who uses a wheelchair, she’s now the first Tony Award winner to do so. Hopefully this paves the way for more diversity onstage at that level.

The End of The World, by Sharon Van Etten. This is a cover of the 1962 tearjerker by Skeeter Davis and it’s one of my favourite songs and I love Van Etten’s voice so I’m very happy about this combination. The production feels very gentle and timeless, it doesn’t do anything revolutionary with it but then it doesn’t have to, the song itself is strong enough.

Lazy Line Painter Jane by Belle and Sebastian. When I was a child I read and re-read The Lion, The Witch and The Wardrobe and loved it so much and yet somehow I knew that it was all that I would want to read from C.S Lewis and that anything else by him would be left wanting because it wasn’t the one book I wanted it to be, and I feel much the same about Belle and Sebastian: this is the one song of theirs that I wish to hear, but I want to hear it like, five thousand times in a row. It has such an incredible build, starting with this Phil Spector-ish muffled beat that chugs along like an old washing machine as they swap lyrics back and forth between the vocalists, then they come together in this gorgeous transposed harmony, and then just when you think you know all there is to know about this song it breaks into a wordless canter and feels like it’s getting faster and faster even though it’s not and it’s so exhilarating and you never want it to end and I’m practically hyperventilating just writing about it.

Next time: I’m back at Kate and Jason’s until well into next week so, while I’m not sure what I’m going to make, you can definitely expect to see some more Ghost paw-modelling for me.

PS: as you probably know I have a Patreon account where you can directly support me and my writing. Even at the humble level that I’m at now, being on Patreon has had an immensely positive effect on me and allowed me to support myself a tiny bit which allows me to write more and more and more. If you want to be part of this and to receive exclusive content written just for my Patreon patrons, it’s very, very, very easy to be involved.