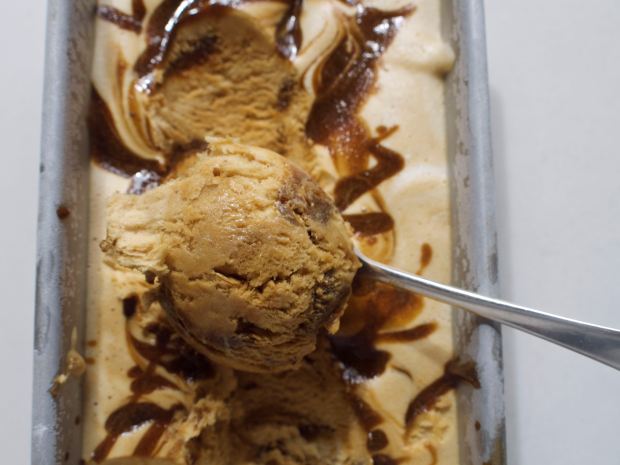 For something to be delicious, it only needs one person to perceive it as such. “The customer may not always be right, but their tastebuds are,” is a phrase I used to diplomatically employ while bartending, and it’s true – if a customer wants a microwaved gin and tonic, or a slice of salami garnishing their glass of mid-level chardonnay – if that’s what their personal tastebuds crave – then who am I to deny them? It’s valid! Distressing, but valid. (That being said, your bartender is probably in a huge rush and trying valiantly to ignore their lumbar pain so I would also advise not being wilfully irritating.)

All of which is to say, I made an ice cream that I adored, but no one else in my family wanted to go near. Normally I am disproportionately, long-term wounded if peoples’ response to my cooking doesn’t match the applause I envisioned, but in this case I was happy to take the L, since it meant I got the Treacle Black Pepper Ripple Ice Cream all to myself. 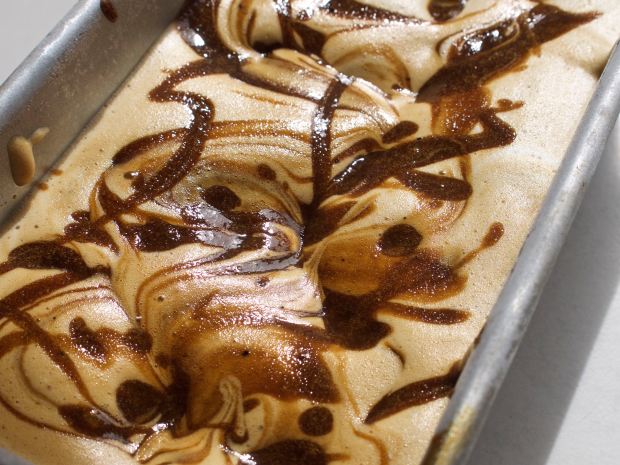 Despite the presence of treacle, and despite my usual sugary tendencies, this ice cream is bracingly unsweet – or at least, any sweetness is strongly counteracted by the black pepper and generous splashes of malt vinegar. I’ve always found treacle – and by proxy, its cousins golden syrup and molasses – to have a throat-prickling, peppery edge, which is why it traditionally pairs so well with other heat-emanating flavours like ginger and cinnamon. Here, I’ve decided to take this opinion to its natural conclusion and pair the treacle with freshly ground black pepper, adding spice and depth to its already near-savoury burnt toffee taste. Propping it up is whipped aquafaba, that magical leftover brine from your can of chickpeas. Whisked into a billowing meringue with just a scattering of extra sugar, it provides a fluffy, creamy, instantly spoonable proper ice cream texture – even though it’s just water that some beans have been sitting in – and the ideal backdrop to the ribbons of peppery treacle.

The result is quite intense but highly rewarding, and you’ll probably already know whether or not this ice cream is for you. If it’s not, don’t worry – you can make my entirely more accessible, traditionally sweet berry ice cream, which also uses a similar method. And if treacle isn’t hard-core enough for you, then I recommend this ginger-molasses cake (which is, incidentally, also delicious made with treacle) from Bryant Terry’s book The Inspired Vegan – I’ve made this loaf at least once a fortnight since I first posted about it. 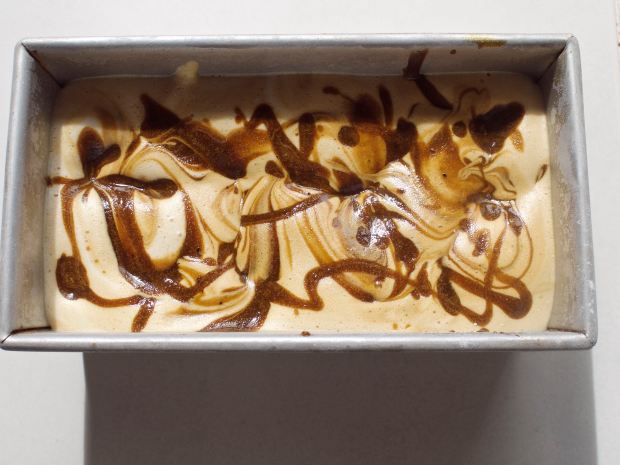 No churn, no equipment, no dairy, no nuts, no coconut – and not for everyone. But for those who dare, it’s SO delicious. Makes around 800-900ml (around two US pints) Recipe by myself.

1: Place the treacle, soy milk, and water in a small pan. (I just use the 1/3 cup measure for the soy milk and water, filling it not quite to the top and scraping out every last droplet of treacle with it.) Bring it just to the boil, stirring all the while, and then let it simmer, still stirring regularly, for a minute or two more. It will likely appear quite frothy and pale, but will regulate back into liquid once it cools a little. Remove from the heat, stir in the pepper and salt, and set aside (I sit it in a sink filled with an inch of cold water to rapidly bring down its temperature.)

2: Place the aquafaba and another small pinch of salt in a large mixing bowl and using a whisk, start whipping/beating the aquafaba until it thickens and becomes an opaque white. At this point, continue whisking it briskly while adding a tablespoon of the sugar, whisking, adding a teaspoon of vinegar, whisking, and continuing in this alternating fashion until everything is incorporated and the mixture is thick enough to form soft peaks – this is when you lift the whisk out of the bowl and the mixture rises up with it to form a small peak, which holds its shape long enough for you to notice it before eventually dissipating back down again. Also, if you want to increase the sugar here, I won’t hold it against you.

3: Whisk most of the treacle mixture, saving a few tablespoons, into the aquafaba. It will deflate a little, but this is fine. Turn this aquafaba mixture into a freezer-safe container, and then using a spoon, drizzle the remaining treacle mixture over it in a ripple fashion.

4: Cover the container and refrigerate for two to four hours, but two at the very least. Then, transfer the container into the freezer and leave it for six hours or overnight.

The ice cream is ready to eat, and should be soft enough to scoop, straight from the freezer. 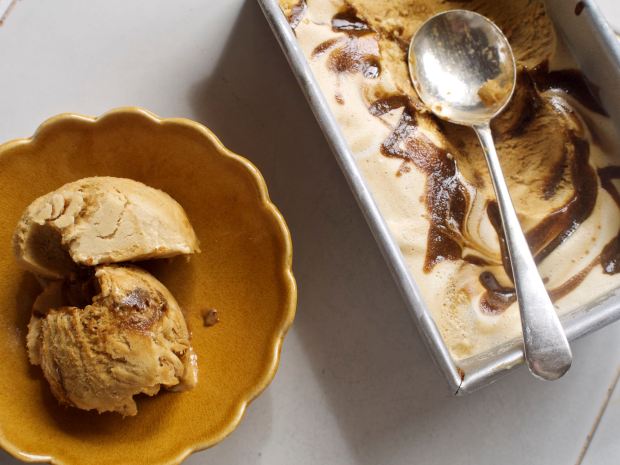 Televised Mind by Fontaines DC. Dad recommended this song to me and he hit it out of the park: it’s really good! Somehow it calls to mind both Joy Division and Dick Dale, a genre crossover which should happen more often in my opinion.

Suddenly Seymour from Little Shop of Horrors by George Salazar and Mj Rodriguez. I’ve listened to so many covers of this song and none comes anywhere close to occupying the same stratosphere as Ellen Greene’s iconic original – until this one. It’s so beautiful, and powerful, and exhilarating! I have chills just thinking about it!

In The City, by Elastica. Ugh, they were just so good.