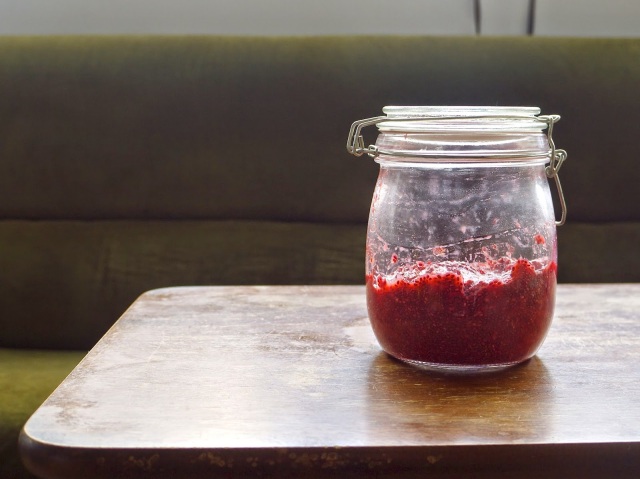 It’s gonna look so pretty: well established by now as a large part of my motivation for making food, ever

I think I’ve mentioned this before, but I was mightily spiritual as a kid. Obsessed with Linda Goodman, attempting to cast spells with limited resources (where is a twelve year old going to obtain tincture of nettle, honestly), loitering by the 100 bit of the nonfiction section of the library, seeing how many significant words I could make from the letters of my name (AURA, OMG) placing great faith in rose quartz, jasper, hematite and whatever other semi-precious stones I could buy with my pocket money, burning essential oils, lighting incense, moonlighting as a palm-reader during my primary school lunchtimes after reading a book and thinking I knew what I was doing (the teachers did not approve of that one), making tea from herbs, fervently interpreting my dreams. Huh, I even surprised myself just now as I wrote that. Examples kept springing to mind. Anyway, I’ve retained some of that – a kind of fondness for what I got up to in my witchy youth, and a still-fascinated respect for it all. Which is why I was totally chill with having my tarot cards read on the first day of 2014. Where I’m going with this is, my tarot card for May was essentially “lol everything will go wrong and you’ll have no money” which, alas, was almost too on the nose. But June: this month the cards suggest I’m battle-weary but I’m gonna win. Exhausted but determined. Setback-y but resilient-y. Etc. And…I’m kinda feeling it. That’s me right now.

(I’d like to add here that I don’t simply allow things to happen because a particular card says so, but consider it more of a snapshot of how things might be and where I can go from there. Humans are just generally always looking for meaning and direction, right? Whether it’s religion or reading your horoscopes or txting a friend a picture of yourself and asking if they think this dress seems really “you.”)

So yeah. Despite setbacks and rejection emails and uh, still being unemployed, I’m feeling curiously better about my future as a human who does stuff. I’m actually not quite sure what I want to do specifically with my cooking and writing to become incredibly famous and celebrated for my cooking and writing, but I feel like an idea is just out of reach, just around the corner, on the tip of my dreams, that kind of thing. As per usual though, if you want to employ me to be wonderful and write freelance but in a paid capacity for you, I would oblige so hard.

Possibly this uncharacteristically bullish outlook is nothing to do with the suggestions of the tarot cards and everything to do with the vitamins and minerals my system has been waterblasted with after eating heaps of this berry chia seed jam I made. It’s just chia seeds and berries, you can’t help but feel good after eating that. Chia seeds are a rather fashionable superfood, but don’t hold that against them. They look unassuming at first but when mixed with liquid they swell up, soften, and thicken gelatinously in a way that admittedly sounds horrifying, but can be very applicable in the kitchen. Here, they absorb the juice of the berries, holding it all together in a rudimentarily jammy fashion. It’s not spreadable like the usual jam, but hot damn it tastes wonderful. And involves very little effort. I used a mixture of frozen strawberries and raspberries, mostly because it’s what I had in the freezer, but also because I liked the idea of the chia seeds echoing the texture of the raspberries, and of the balance between sweet and sharp that the two berries would give each other. I imagine this would be excellent with blackberries or boysenberries – anything with seeds, particularly – but try whatever you like.

with thanks to sans ceuticals for this recipe

If your berries are frozen allow them to defrost, otherwise place the berries in two bowls, roughly half in each, although I went for more of a two thirds/third kinda thing. Add the water to whichever bowl looks more full, along with the lemon juice and honey/whatever sugar you’re adding. Mash thoroughly with a fork till it’s roughly pureed and liquidish. Stir in the whole berries and the chia seeds, and then spatula it all into a jar and refrigerate overnight. Try to make sure all the chia seeds are actually in amongst the berries, if they ride up onto the insides of the jar they will stick like glue. Other than that: now you’ve got jam, honey. 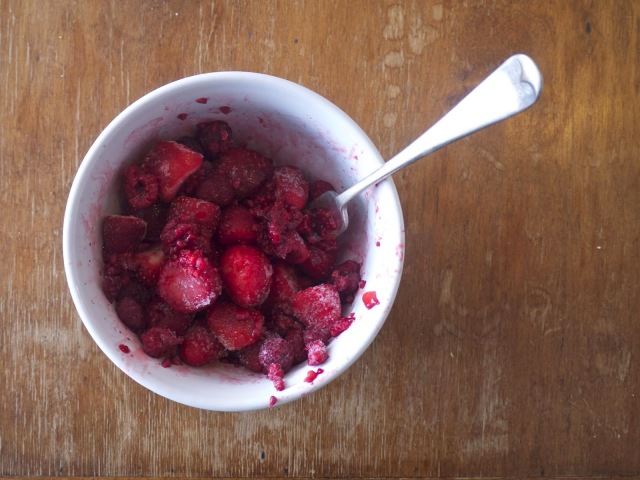 It’s delicious. It’s beautiful. It’s easy. And chia seeds are stuuuupidly good for you, so that’s something to bask in.

It’s not proper jam but actually I like it better. For someone who eats so much sugar that I probably have pure syrup running through my veins instead of your regular human-blood, I’ve never been alllll that big on jam. I tend to find that any fruit flavour is overpowered by sickly sugariness. Whereas this stuff is pure, intense, sun-bursting-through-the-clouds berry flavour, barely altered and instantly accessible to your lucky, lucky mouth.

Some things you could do with this jam (I mostly went for the first two options, so you know)

eat 90% of it from the jar while leaning on your kitchen bench // spoon it into thick delicious yoghurt for a dessert-like snack, or snack-like dessert // add it to your porridge // eat spoonfuls of it alternated with generous pumps of canned whipped cream (wish I’d done this, what am I doing with my life) // spoon it over ice cream // smear it on your face, go out and terrify the neighbourhood children, rinse it off and notice that your skin has benefited from the high vitamin content of the berries // irritate a strict jam traditionalist by talking loudly about how wonderful it is // give a jar of it to a cool person // fill tartlets with it and top with lemon curd // google “things to do with jam” // spread it on buttery toast // employ me as a glamorous and thrilling food writer for your excellent media outlet (would also consider: having own TV show; being paid to do nothing for some reason I haven’t yet worked out.)

title from: Beats International, Dub Be Good To Me. I was just a nipper in the early nineties but this gives me nostalgia for it all the same. Which is the most impressive type of nostalgia: the kind for a place you ain’t even been. And Lindi Layton’s vocals are stunner.

Lana Del Rey, Brooklyn Baby. I’ll always love Lana Del Rey, even though her music puts me through an emotional wringer. This new single is jam hot, but if you want to feel entranced yet chilled to your bones, you better listen to her covering Once Upon A Dream from Sleeping Beauty.

next time: probs some more fancy plans and pants to match with recipes to go with Nautilus Wine! That’s right, I’ve still got some fancy left in me.