With last week’s post being absolutely enormous I thought I’d make this one fairly low-key, calm, brief. But then I watched classic Christmas film Die Hard for the first time ever and it’s really hard to not feel seasonally hyped up after that, right? So instead I decided to do the absolute opposite and give you something high-key, vast, yet still fairly calming in its own way: my annual round-up of recipes from this blog that I think would be worth considering if you’re wanting to do the home-made edible Christmas present thing. Whether or not Christmas is something you acknowledge, be it for religious reasons, self-preservation reasons, or something else entirely, there’s no denying that it’s going to literally happen this very month and besides, you could use this list at any time of year that you have a person for whom a gift is required. I for one think there’s nothing more delightful than the tangible and consumable result of a person’s concentrated time and effort as a gift, not to mention the joy of stomping on the delicate, exposed foot of capitalism by DIY-ing it yourself. (That said – and look, no one is out here defending capitalism, don’t worry – I’d also like to throw my voice to the chorus urging you to consider shopping local/small/ethical/indigenous/gay/generally independent this season.)

THE HUNGRY AND FROZEN MODERATELY INDISPUTABLE LIST OF EDIBLE GIFT RECIPE IDEAS FOR LIFE, NOT JUST FOR CHRISTMAS

Caveat 1: Because this goes so far back through the archives, the majority of which I spent neck-deep in butter, well, there’s going to be some butter. I’ve marked accordingly whether a recipe is vegan, also gluten free if applicable – I see you!
Caveat 2: Because this goes so far back through the archives the continuity/life details on display in any given post might be kind of jarring and this is what happens when you write about many details of your life for eleven years! But if we can handle our TV characters like, changing haircuts and so on throughout the course of a series, so can we handle such things here.
Caveat 3: (And just know that I couldn’t help but hear “O CAVEAT THREE-EE-EE” in a superloud, third-time-round, “O come let us adore him” vibe in my head) I moved my blog over to WordPress halfway through this year and all the formatting completely fritzed out, so just know, every single individual blog post that I’ve linked to here that does have, y’know, line breaks, has had its individual html edited by me, and I haven’t quite managed to catch them all yet. This caveat is more of a weird flex, but.

Too easy! Jars make everything look pulled together and clever, whether it’s the unsinkable salted caramel sauce or some pickled-into-submission vegetable. To ease any anxieties – which you admittedly might not have even considered having, but that’s why I’m here –  on the part of both giver and receiver, I advise including a gift tag with some recommendations of how to use the stuff within the jar ( and “consume in one go in bed” is entirely viable here.) 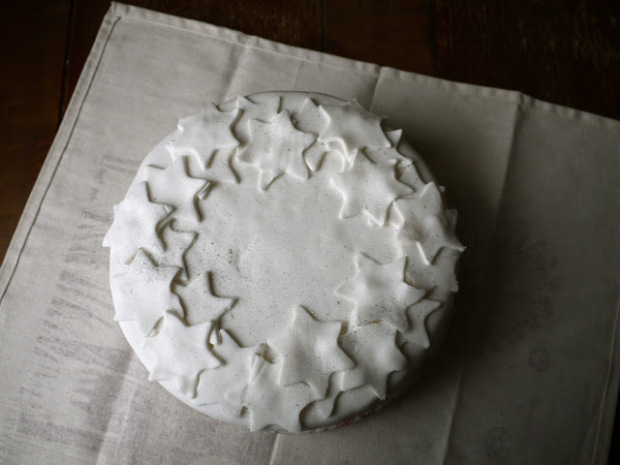 As easy or as hard as you like, whether it’s some cookies in a takeout container with a ribbon around it (and honestly: those takeout containers – you know the ones – are always useful to have around so it’s not a cop-out) or whether you go full out, make someone an enormous Christmas Cake and find a tastefully yet jaw-droppingly stunning plate to serve it on and make that part of the gift too. To maximise on tis-the-season seasonality I recommend embarking on all baking projects late at night with some kind of liqueur by your side, it just feels right.

And one more for luck:

Line a baking tray or tin with a large piece of baking paper.

Place the sugar, water, and cream of tartar in a saucepan and slowly bring to the boil over a medium heat, without stirring at all. Let it continue to bubble away for five to ten minutes, until it just starts to turn golden – even though it’s boring for a while, don’t walk away or lose focus or it WILL burn, it just will – and as a pale gold cast creeps across the bubbling sugar, at this point immediately remove it from the heat. I hate to be harsh but if the sugar has turned a dark golden brown this means it’s caramelised too far and will taste harshly bitter and burnt; better to start over with more sugar and water than to try to forge ahead, I promise (I speak from much experience.)  Stir in the almond butter, and, working quickly and carefully, tip the lot onto the sheet of baking paper, coaxing it around with a spatula if need be to make it an even shape/thickness. Sprinkle over a good pinch of sea salt. Allow to set and get completely cool, then break it into pieces.

Melt the chocolate however you prefer – short bursts in the microwave does it for me – and dip each piece of toffee in the chocolate before returning to the baking paper lined tray to set again. Sprinkle over more sea salt if you wish. Store refrigerated in an airtight container.

This stuff tastes not entirely unlike those magical Daim bars (or Dime bars as they’re known in the UK) with a buttery, snappish crunch that is somehow sweet enough to taunt the teeth with impending fissures and yet mellow and balanced enough for you to eat an alarming quantity without giving it a second thought. As is or chocolate-dipped: novelty perfection. (And especially delicious if kept in the freezer, for some reason.)

I guess humans make traditions to give us something to cling on to in a harsh world, something that marks the passage of time other than the time itself, and making this list has become something of a tradition for me so it’s nice to visit it again, even as my eyeballs throb from all that painstaking hyperlinking. Even if you don’t make a single thing on the list – and you’re under absolutey no obligation to – the fact that you’re reading this far means you’re part of my tradition too. Sentimental, yes! But as I said: I watched Die Hard for the first time, so, you understand.

title from: Sade, The Sweetest Taboo. The sultriness! Ma’am!

The Pure and the Damned, Oneohtrix Point Never ft Iggy Pop: “Someday I swear we’re gonna go to a place where we can do everything we want to, and we can pet the crocodiles.”

Turkey Lurkey Time, from the 1969 Tony Awards performance from the musical Promises, Promises. Another tradition! Every year on December 1st and not a moment sooner I rewatch this and every year I am breathtaken anew! Michael Bennett’s audacious choreography that cares not for your chiropractic bill! Donna McKechnie (in the red dress), triple threat, rubber-legged, spinal chord cracking like a whip! The lyrics which are SO STUPID! The final minute which every time makes tears spring to my eyes at the sheer magnitude of it!

Whack World, the album by rapper Tierra Whack. Every one of her songs is precisely one minute long (which is just perfect for me) with its own precise personality. I particularly love Black Nails and F**k Off.

Next time: less REALLY will be more, I promise.