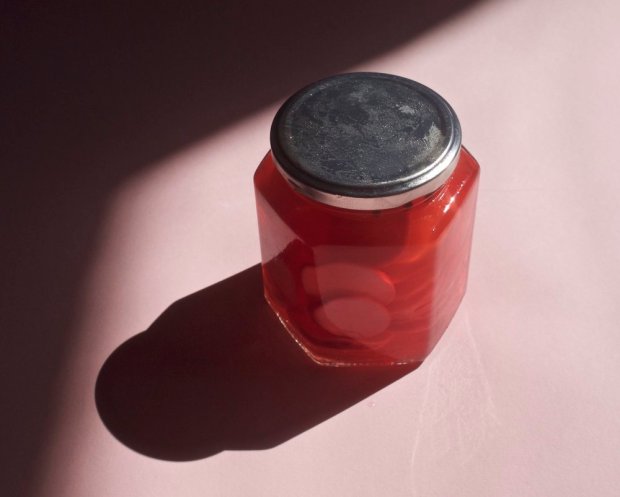 Me: new year, new me! Anything could happEn!!

Also me: sets my alarm really early in the morning to make a birthday cake for someone dear to me, goes and buys ingredients, makes a ton of buttercream, puts the cake layers in the oven, realises the oven is broken, because OF COURSE, eats a not insignificant quantity of the buttercream, accepts own fate of being inescapably unable to escape own fate.

Luckily the birthday person in question found this hugely amusing.

Despite largely failing without fail, one thing I did without failing this week was make myself a small, serene jar of pickled radishes. There’s something about preserving things that’s so soothing and self-care-y; I guess maybe because you’re literally investing in your own future? The world cannot end if you have to allow for some vinegar-soaked thing quietly maturing in the fridge for not-quite-yet consumption, yeah? It’s also an act of resourcefulness (would it be more resourceful to not spend my scarce money on radishes in the first place, probably, but whatever) which feels good, and things twinkling away in jars are pleasing to the eye, and therefore, the soul. 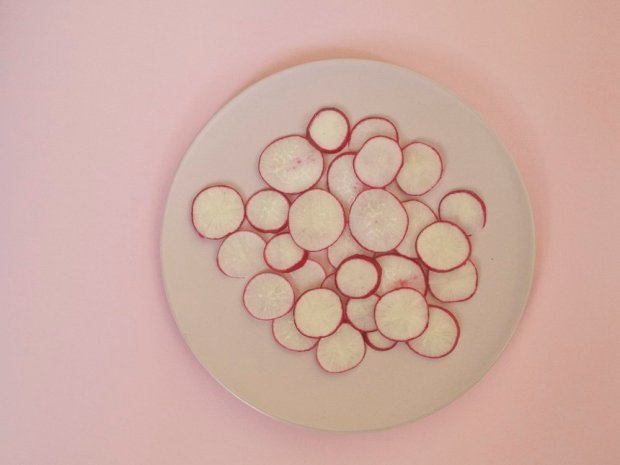 Plus, these pickled radishes taste completely fantastic. I used Nigella’s easy recipe for quick-pickled carrots in her book Simply Nigella as a starting point. Indeed, I used Nigella’s enthusiasm for pickling things altogether as even more of a starting point, even though the tone of Simply seems a little more muted and subdued compared to her previous entries, her delight in this particular area of cooking cannot help but be infectious. On the other hand, I’ve always been all “how high” to her “jump”, so who really knows, the point is: I made some pickled radishes and it was easy and good.

I decided it might be fun to replace the water in the pickling liquid with sake, as in, Japanese rice wine, feeling that its clean, granular flavour would complement the clean, icy-peppery flavour of the radishes. I used plain old apple cider vinegar because that’s what I had, but next time around – and there will be a next time – I reckon I’d also spring for rice vinegar. The sake itself is not expensive stuff, I literally just was like, which one is cheapest and good for cooking and got pointed in the direction of a modest bottle for a mere $9.

a recipe by myself, inspired by a recipe of Nigella’s.

Thinly slice the radishes into coins, and pack them into a small, clean jar of about 300ml. Put the rest of the ingredients into a small pan and heat till just boiling. Remove the bay leaf from the pan and then carefully tip the liquid over the radishes in the jar, put the lid on, and refrigerate them till cold.

The fuchsia-coloured skin of the radishes merges into their icy white flesh once they’ve been sitting in the jar for a while, giving you sour-sweet crunchy disks of breathtaking millennial pink. Use them to adorn sandwiches, salads, tacos, bowls of rice (my preference), as part of a cheeseboard or charcuterie platter, whatever you fancy. The bright pink pickling liquid is nice used in a dressing with some soy sauce and sesame oil, nothing need go to waste.

It’s obnoxiously humid currently in Wellington and honestly I wish I could submerge myself in liquid and store myself in the fridge; till the technology comes to make that viable I’m stuck eating cold things instead to try and regulate my soaring temperature, for which these pickles will do quite, quite nicely.

If you are feeling exceptionally pickled-minded (ha) then may I also interest you in some other blog posts I’ve done on this very subject: like this recipe for taco pickles, this recipe for pickled blueberries, and this recipe for lime pickle, that is, limes done in the same way as preserved lemons.

title from: a slight reach here with this…I want to say heteronym? But nevertheless I’m never sorry about drawing your attention to Don’t Let Go (Love), an absolutely impeccable song by En Vogue.

Green Grow the Rushes O, an earnest English folk song that dates back at least to the mid-1800s, mentioned frequently, (and inspiration for the title of) Jilly Cooper’s novel Rivals. I first read this book well over ten years ago but only just decided to actually look up the song. My verdict: it’s a banger!

So Alive, a 1989 song by Love and Rockets that is far more sultry than it has any business to be.

Nobody Needs To Know, sung by Norbert Leo Butz from the cast recording for 2002 off-Broadway musical The Last Five Years, filed under “songs I can only listen to occasionally due to the ensuing feelings!” The slow build and the squalling violins (or whatever it is) and the mood of what I once read somewhere described as “regret bordering on horror” makes for intense listening, and Norbert and his hard “r” pronunciation are right there to carry you through it all.

next time: well I have a LOT of buttercream, still.

4 thoughts on “we can make it if we try, for the sake of you and i”