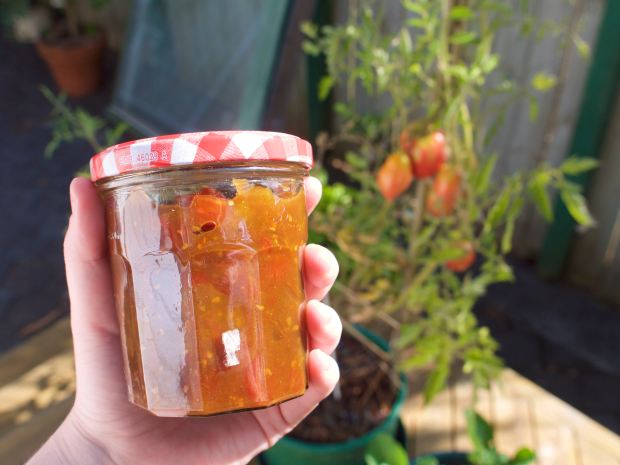 I’d like to take a moment to acknowledge how this week’s post was written in an unprecedentedly comfortable fashion, leisurely strolling over the finish line of the somewhat arbitrary weekly deadlines I laughably set up for myself initially as opposed to the frantic and self-flagellating and days-late content that we’ve all had to get used to, I have possibly lost all semblance of an actual work ethic but I’m really finding it quite delicious how much writing I’m getting done as a result.

When I was a kid there was not a whole lot to be found flourishing in the front yard if you were opportunistically in the market for free snacking: just a mean-spirited apple tree that was more of a body corporate apartment complex for wasps, and one feckless peach tree that bore floury green-tinged fruit. Since I’ve come back home to stay for a bit, however, the place has been since transformed into a veritable Hanging Garden of Babylon, a result of – let the record state – the concentrated efforts of my parents. Like Carlotta in Sondheim’s musical Follies, the apple tree is somehow obstinately still here spitting out weta-lodged apples like Carlotta spits memories – or is the apple tree more like the literal yet also metaphorical apple tree in the Bock/Harnick musical The Apple Tree with its overriding theme of getting what you want and then realising it’s not what you wanted, not a theme I like to be confronted with in life but an undeniably consistent one nevertheless? Nevertheless – let the record state – good god, those apples are sour. 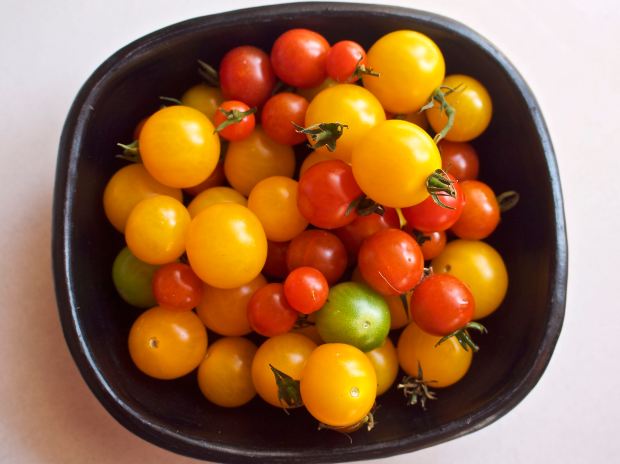 Nowadays the abundance is really something to behold, there’s onions and potatoes and pumpkins and zucchini and cucumbers and spinach and a whole mess of herbs, and more besides, including a flourishing thatch of tomatoes, 1.5 kilograms of which Mum and I turned into a batch of the most fantastically delicious relish. The recipe comes from a 1990 revised edition of the 1908 Edmonds cookbook, a book that is firmly lodged in New Zealand’s history like a weta in an apple. It conveys a sternly inarguable air of competency, illustrated by its overall lack of illustrations and explanations: just make the recipe, it will work.

As such, it would be very easy to flick past this very recipe on the page, because there’s nothing leaping out to exhort you to spend time making it – but I’m so glad that Mum found it, because the resulting relish tastes extraordinarily good. I enjoy a pickled or preserved confection as much as the next person: that power-play of sweet and salty and vinegary is exquisite when executed correctly, but I am honestly quite next-level rapturous, even by my own standards, about this particular one.

The relish just has this stunning potency of concentrated tomato flavour, so rich and savoury and juicy and almost meaty in its intensity. The curry powder and mustard add to the fulsomeness and depth of it all and the flour, weird though it feels as an ingredient in relish, gives it a wonderfully velvety pectin-like lusciousness. Obviously there’s no reason given for including the flour in the recipe so you just have to go with it and hope for the best, but of course: the book was right. The tomatoes from the garden are candy-sweet and taste like sunshine on their own, but I’m sure this recipe would have transformative effects on even the most unfriendly and unlikely of specimens. 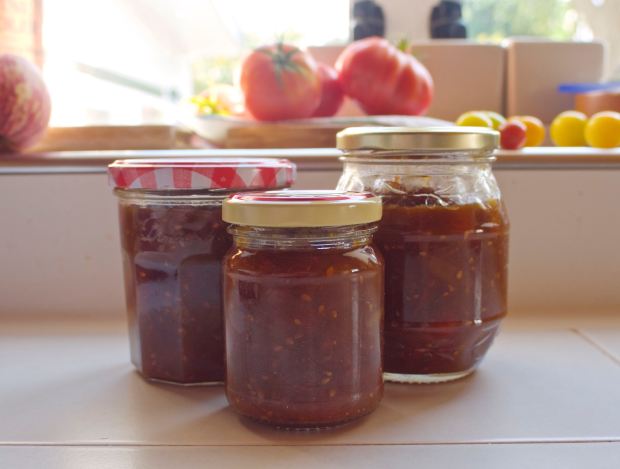 Peel the onions and chop roughly into chunks. Cut the tomatoes, also roughly – either into quarters or chunks or honestly whatever. If you’re using cherry tomatoes give them a rough pressing with a fork or similar to crush them slightly. Place the tomatoes and onions into a non-metallic bowl, sprinkle with the salt, cover, and leave for 6-8 hours or overnight – just in the pantry or generally out of the way, they don’t need to be refrigerated.

Drain off the liquid- reserve it for stock if you like – and place the tomatoes and onions into a saucepan with the sugar. Pour over enough vinegar to just cover everything. Bring to the boil and then simmer for 1 and 1/2 hours. At this point, mix the flour, curry powder and mustard to a smooth paste with a little of the cooking liquid and then stir it into the tomatoes and onions in the pan. Boil for five minutes, then spoon or pour into sterilised jars, seal tightly, and allow to cool. 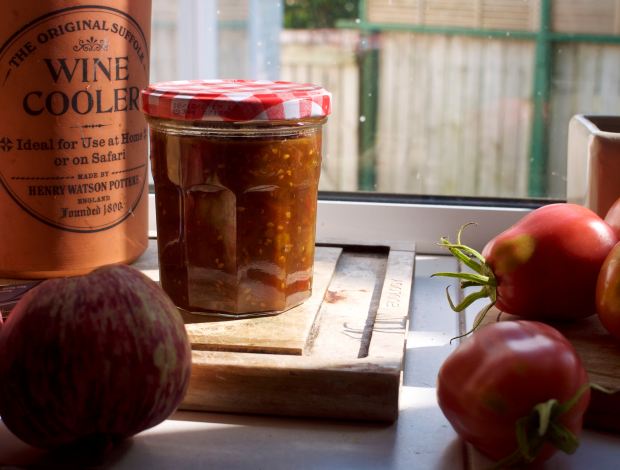 Relish can be put to good use in any number of ways but I especially recommend this stuff spread on crackers with equal quantities of almond butter.

Mum and I both set to getting the tomatoes and onions prepared early in the morning and then completely forgot about them until about midnight of the same day, by the time we got the stuff into the jars it was closer to 2am but it felt very relaxed, in that we were not trying to go against the grain of our inherently synced levels of disorganisation and night owl tendencies. The entire lack of urgency, The Crown playing in the background, pottering about with my writing on my laptop while the pan of tomatoes simmers away full of promise: I could get used to this.

title from: The Walk, by Imogen Heap. I love the strange gravel-scraping sound effect at the start of this song, very ASMR.

Out Of Space, by The Prodigy. Man, I was sad as hell at the news of Keith Flint’s death, this is one of my favourite songs of theirs.

Juice, by Lizzo. This is sunshine-saturated perfect upbeat 80s funk, I love her.

Getting Married Today, from the 1970 Sondheim musical Company, as interpreted and annihilated by Julie Andrews somehow singing ALL THREE PARTS, from the opening soprano to the almost unbearably anxious patter of the verses themselves to the man’s part, which she goes over and sings TO A MAN who is sitting RIGHT THERE as if to say “look how extraneous you are when I, Julie Andrews, am around”, it’s honestly the most incredible thing I’ve ever seen. The verses are so rakishly crammed with words (something like 6.5 words per second) and it’s one of the most difficult songs on Broadway to perform accurately and yet she looks so relaxed and her enunciation is so crisp and she manages to act on top of all of that and perform the words in this oddly personable tone so full of character and inflection despite it being entirely unclear whether she breathes once in the duration. And then she finishes on this high note? That’s not even required? Does she care about any of my nerves?

Next time: undoubtedly the garden will continue to inspire.

PS: if you like what I do and (a) want more of it and (b) will enjoy knowing that you were astute enough to support this from the very start and (c) wish to receive treats, then may I direct you with all the quiet authority of opening a velvet-roped VIP area, to my Patreon.

2 thoughts on “give in, give in, and relish every minute of it”