It’s always been like this, but now I’m vegan it’s more sharpened with the contrast turned up; a certain curtain-twitching nosiness regarding le dernier cri, the recipes which are trending across other people’s blogs, and how to make them my business.

The most recent for whom my curtains twitch is something called chickpea butter, which sounds like it’s going to be hummus but is actually more of a peanut butter dupe. I’ve been metaphorically burned by chickpeas before, although my suspicion really lies within, and not directed towards those blameless legumes – I’ll promise myself the moon and still be extremely surprised when a mere can of boiled beans doesn’t have what it takes to deliver this.

Admittedly, when I first tasted this stuff – roasted chickpeas pulverised in a blender with salt and oil – I thought I’d made another classic chickpea failure. But then I just, like…could not stop eating it. It’s really good. It definitely tastes of roasted chickpeas, which are delicious, so that’s cool. It’s also astonishingly buttery, with this nutty, toasty backdrop of flavour, richer than peanut butter but less likely to superglue to the roof of your mouth. I love it, and as long as you are clear-eyed about what you’re getting into, I think you will too.

I’m kind of fighting off a cold at the moment, which feels unfair when I lead such a healthy existence – I mean, I make smoothies with parsley in them! It does at least feel as though I’m as healthy as I could possibly be in these trying circumstances and it’s passing me by fairly quickly; nevertheless I acknowledge that I’m a trifle lacklustre today. If you haven’t already looked at it I recommend reading my previous blog post about Penne Alla Vodka where I was positively effervescent with lustre. 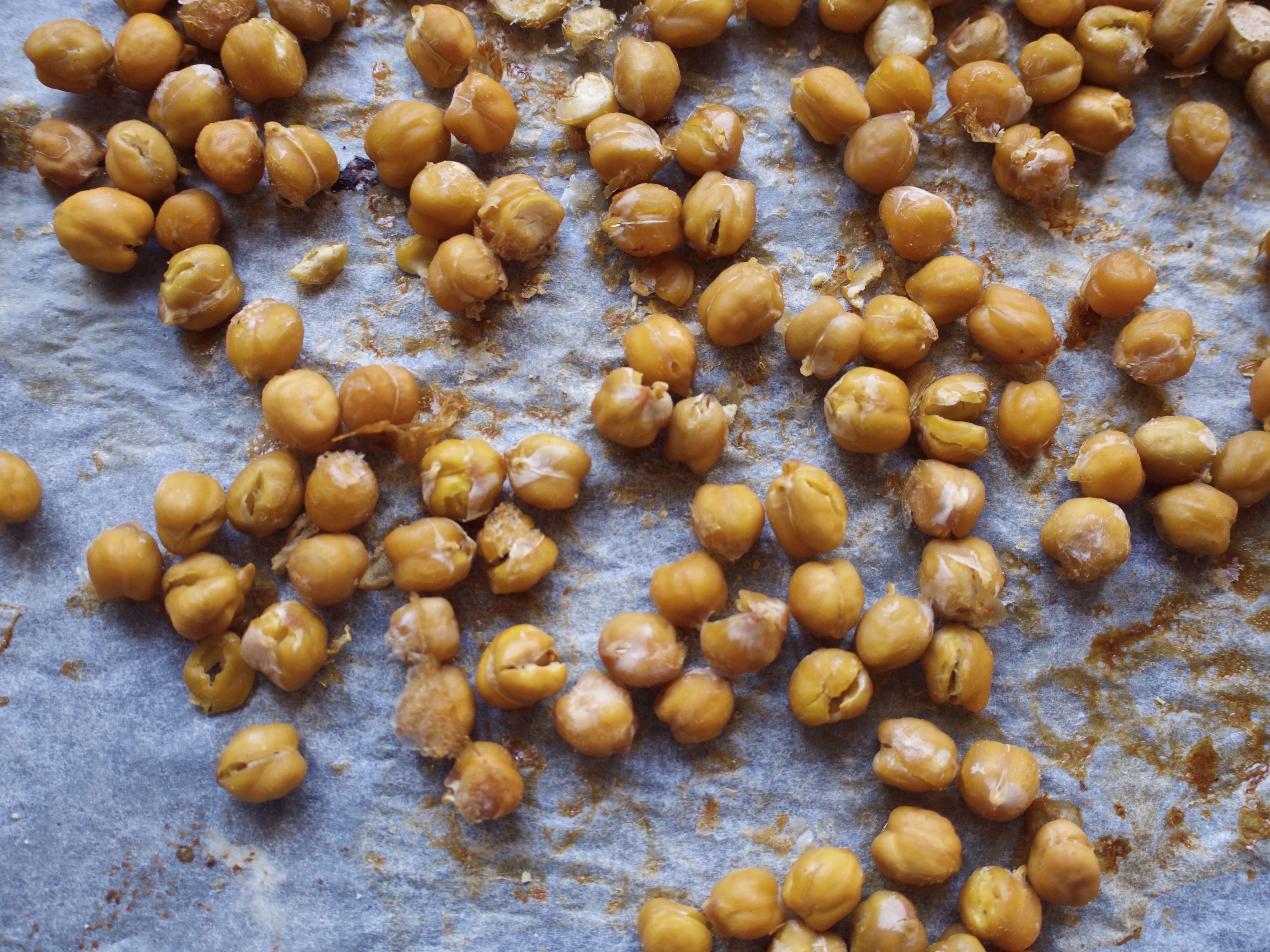 A recipe I adapted from this one at The Kitchn.

1: Drain (but don’t rinse) the chickpeas, and spread them out on a baking tray. Bake at 180C/350F for about 20 minutes, shuffling them around halfway through.

2: Allow the chickpeas to cool to something around room temperature, then tip them into a high-speed blender. Blitz several times until they’re broken down into dust.

3: Add the oil, salt, and water, and blend until it forms a thick paste.

4: Taste for salt and then spatula into a clean jar. Keep refrigerated. Makes around 170g. 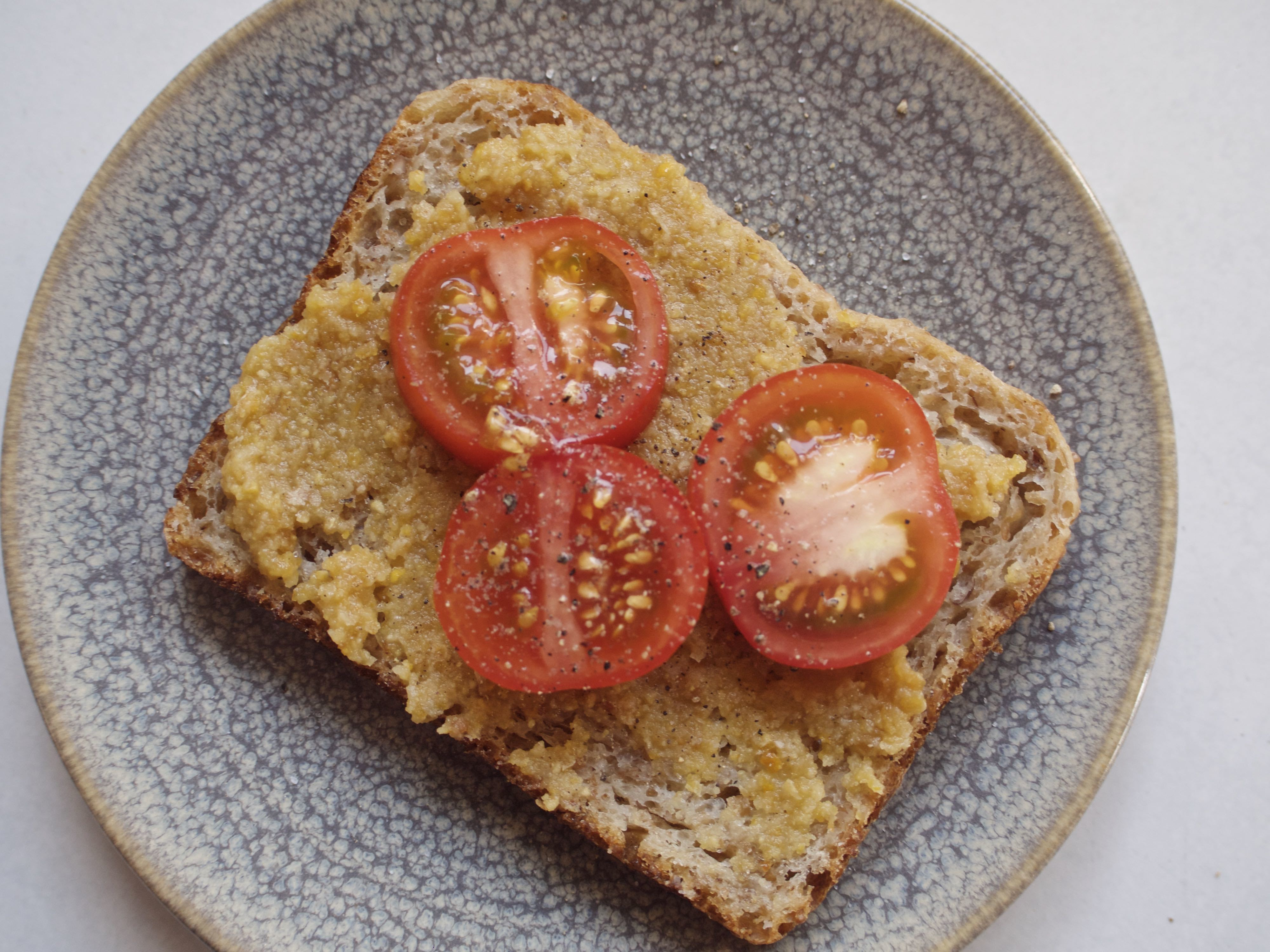 Marry Me A Little by Rosalie Craig from the 2018 West End revival of Company, one of my very, very favourite musicals, and surely one of the most-revived. But every time they revive it, I just want to listen to the original again. This is the first to gender flip the main role to a woman, which I have my feelings about, but I do like this rendition of the Act 1 closer, a fluttering, soaring song that’s heartfelt and cynical at the same time, its title a shorthand for the main character’s whole deal, and beautifully rendered in Craig’s voice.

We’re Still Friends, Donny Hathaway, gentle but heartbreaking. His voice could not have been smoother had it been put through a vegan’s high-speed blender.

Octopus, Syd Barret. This tune from the erstwhile Pink Floyd co-founder has that classic, roll-up-roll-up Sergeant Pepper Englishness to it, so English you half expect Dame Maggie Smith to appear from behind an ornamental shrub delivering a bon mot, but nonetheless there’s a slight frantic note to it, like a ferris wheel going too fast.

Next time: I still haven’t tried making my own seitan!

PS: If you enjoy my writing and wish to support me directly, there’s no better way than behind the claret velvet VIP curtain of my Patreon.